Bendigo and Adelaide Bank to train 700 more staff in cloud 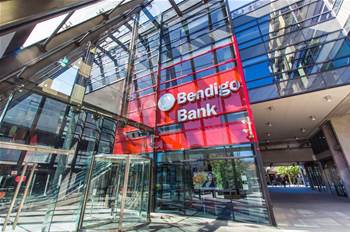 Bendigo and Adelaide Bank will put more than 700 staff through a new cloud workforce training program before the end of this year as its public cloud migration starts to heat up.

The initiative evolved from the ‘learning month’ that the bank conducted last November as part of its initial migration to AWS, where more than half of the bank's developers were trained.

Unleash will build on this by training hundreds more staff by the end of 2021, including a significant number of those who work in non-technical areas like banking and risk.

“We’re looking at 700 seats across the organisation,” Cresp told iTnews, adding that there is room to expand this further in the future.

Unlike the initial bout of training, which focused on “architecture and development-type skills”, the expanded program will include more general training for customer-facing roles.

“We’re actually testing and learning at the moment with a bespoke class for business, and we had our first go at that,” Cresp said, noting that the pilot “went a bit too deep”.

“So we’re working through… [making] it a bit more relevant to our business customers and actually bringing it to life for them.

“We really want to be able to talk to them about workloads that we’ve moved to the cloud and the differences that they’ll be seeing, and what they can ask from us.”

Cresp said extending training to other parts is “about us becoming aware as an organisation of the potential of how we can solve problems”.

“In every organisation, I find that there’s a group of technical, curious people, who work in different business areas, and will ... want to continue to challenge and look at new ways of working,” he said.

From the 700-odd staff that will be trained under the program, Cresp expects 200 people to become certified in AWS, including 100 from outside the cloud platforms team.

“Certification - and here’s a term that I love that the team have created for this - is about building cloud confidence. It's one of the key things that we wanted to focus on,” he said.

“That external certification is a validation that it's a real thing - you’ve had to study for the test, work through the pre-tests... it's really important in building that cloud confidence.

“So something that we focused on as a team when we set this up, is to say lots of people have been to plenty of training courses and haven’t used [that knowledge]

“Certification requires a reasonable amount of commitment from the people involved, but it gives a great sense of achievement, and brings us back to that cloud confidence.”

As previously reported by iTnews, the bank kicked off its shift to AWS last November, migrating 30 non-critical workloads in 30 days.

‘30 apps in 30 days’ is an AWS program designed to get customers to start migrating apps or workloads into the cloud at scale.

In the months since, the bank has made further progress, reaching some “big milestones”, including open banking which the bank went live with on AWS in July.

“That was certainly a significant piece of work. It’s probably the largest 'estate' we have on cloud at the moment,” Cresp said.

The bank is now looking to use the open banking infrastructure for other capabilities within the organisation, including around identity and consent management.

“We’re looking to use the capability that we built there to make our customer identity more secure and easier to use,” he said.

“And also that speed layer that we created, or cache, we’re looking to see how we can exploit that infrastructure to make things quicker for our customers as well.”

Cresp added that other systems are also in the process of migrating and consolidating” to AWS, including document management, product and pricing, and collateral management.

“And this Unleash program is really about building on what we’ve done in November last year, and really going to the next level with it.”

Outside of the consolidation, the bank is also now “working to a rhythm, "where anything that comes up that needs to be refreshed from a currency perspective, we’re moving to cloud”.