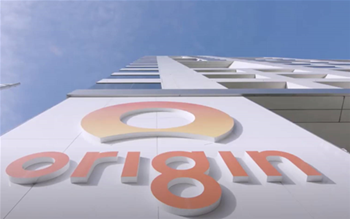 As one of the country's largest energy providers, Origin Energy currently relies on a “vast Oracle footprint for its core ERP system environments… with over 100 database instances”, Rimini Street said.

“We identified that one of our largest database OpEx [operational expenditure] costs was our maintenance and support,” he said.

Rimini Street also claimed that this would allow Origin Energy to “free up internal personnel to focus on high-value business initiatives”.

The Rimini Street arrangement comes as the utility continues migrating its applications to the cloud, a process that has been underway since 2016.

Origin Energy has already moved about 90 percent of its workloads to the public cloud, including its SAP customer management environment. Around 30 percent of this shift occured since May 2020.

Adams added that “working with Rimini Street has helped us further simplify some of our activities and the company has become a valuable component in our overall IT strategy”.

“Importantly, we have been able to redeploy some of our cost savings into higher value activities, with our teams now focusing on more proactive database work, recently establishing a new open-source database support framework and migrating some databases to PostgreSQL,” he said.

“Now, when we get a new workload, we look at open source offerings or managed database services as a first priority.”

Rimini Street group vice president and regional group manager for A/NZ and the South Pacific Daniel Benad said the company was “delighted to support Origin as it advances its own business-driven IT roadmap”.