From 30 people to 6 million: How workplace tech is driving Movember's global community 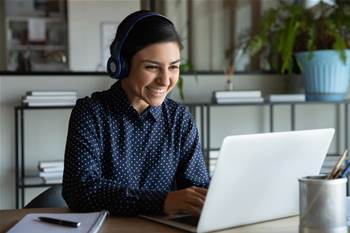 Movember, an organisation best known for ‘growing moustaches during November’, has become so much more since its first campaign 18 years ago. From 30 Australian ‘Mo Bros’ growing their facial hair to raise funds in 2003, Movember is now a community of over six million Mo Bros and Mo Sisters in 20 countries spreading awareness year-round for men’s mental health and suicide prevention, as well as prostate and testicular cancers.

The charity has funded more than 1,250 men’s health projects and has grown exponentially in its nearly two decades, with more than 280 employees across Melbourne, Toronto, Los Angeles, London, Dublin and Auckland. Movember uses Slack as a core part of its business infrastructure to manage people, campaigns, and to stay on track of its goal to lower by 25 percent the number of men dying prematurely by 2030.

Hyper-speed communication as the driving force in managing global campaigns

“In June 2016, our CEO recognised the growing need to keep the rapidly expanding global team connected and communicating well,” says David Lang, Movember’s Global Director of Workplace and Cloud Technology. “Slack is the heartbeat of the team. It’s the glue that holds everything together: our virtual office where we communicate, share knowledge and take action.”

Asynchronous communication is the art of communicating and moving projects forward without the need for additional stakeholders to be available at the same time. Being able to work asynchronously has proved to be especially important for Movember as the organisation ramps up to key campaigns.

Last year, in the run up to one of its major projects, Movember tripled its messages from 6,000 a day to 19,000. The organisation says having the right technology to manage these types of complex campaigns across time zones and stakeholders was critical, and would have been impossible over email. Slack allowed them to bring the brightest minds from around the world together on a single platform, allowing them to take a truly global approach to the campaign.

November is an especially critical time for the team with a majority of Movember’s revenue raised during the first four or five days of the month. That means five minutes of downtime could cost more than a month’s worth of revenue at any other time of year. The key to navigating these crunch moments is using technology to create that singular space so the most critical and current information is at hand for whoever needs to use it. This means searchable content and conversation history to allow people to get up to speed faster, especially when trying to respond to something quickly.

Bringing programs to market faster to combat the pandemic

In 2020, things looked a little different. Movember had to remotely deliver an entire global campaign famous for bringing people together sociably, across multiple time zones.

To execute this strategy across Australia, New Zealand, Hong Kong and Singapore, teams around the world used a web of Slack channels to bring global cross-functional teams together to share ideas and learnings, keep everybody informed, give quick feedback and celebrate success.

While many companies scrambled to find a solution to work during the pandemic, Lang was confident in Slack. “During the pandemic, I was the most relaxed tech guy. We didn’t have to lift a finger to scale Slack,” he says. “It was ready to go. We deploy code straight from Slack, and all of our alerts and monitoring are plugged right into the platform.”

Being able to bring campaigns to market with speed and ease meant that Movember could do what they do best when people needed it most. While teams worked remotely, they were able to roll out new men’s health programs, Movember Family Man and Movember Conversations, aimed at helping men manage their lives and their mental health during the pandemic.

Unlocking camaraderie and culture from anywhere

Communicating with its teams, celebrating success and engendering a sense of fun in the day-to-day are all key to how Movember creates a sense of belonging and keeps its people energised. A Slack bot automatically monitors Twitter, Facebook and LinkedIn for Movember mentions, then shares social updates in #mo-social. Teams share local and global coverage of new products and campaigns that are embraced by the media and the public in the #mediacoverage channel. To celebrate milestones, the Movember team has even taken its trademark ‘gonga-line’ – traditionally a gong banged in the office to kick off a conga line – and replicated it virtually in Slack.

The lighter side of Movember is a charity that loves a public activation to raise awareness, like the World’s Highest Shave Down on Sydney Harbour Bridge. At the heart of the charity is a determined team striving to make a big difference in the lives of millions of men around the world.

Slack drives and supports not just the processes, tools and technology needed to realise this goal, but also a culture that values fun, part of what makes the annual campaign so successful. Bringing all of that together and creating that synergy is the formula that has helped Movember grow, while also staying true to its essence and purpose along the way.

Learn how leading businesses like Movember are reimagining what's possible in the workplace – and how to chart the strongest path forward for your organisation – in this free eBook from Slack: Reinventing work.