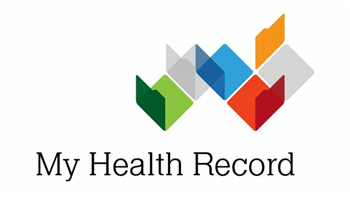 Deloitte has won a major contract with the federal government to build the health information gateway that will replace the My Health Record’s Oracle API gateway.

The Australian Digital Health Agency revealed the deal with the consulting giant on Monday, rounding off a seven month search.

It represents the first phase of the national infrastructure modernisation program that will refresh the ehealth record, which is currently operated and managed by Accenture.

Accenture has held the national infrastructure operator deal for the system since 2011, when My Health Record was known as the personally controlled electronic health record.

That deal was also recently extended beyond its June 2021 expiry, though has not yet been published on the Commonwealth procurement website, a spokesperson told iTnews.

While it will initially serve My Health Record, the solution is expected to be used more widely as a single point of access to the national digital health infrastructure.

Improved integration of health information is expected to give health practitioners “access to more comprehensive patient information when and where it is needed”.

My Health Record users, on the other hand, will benefits from “access to additional and more detail health information”.

The gateway solution is based on modern web services and standards for health information exchange and clinical terminologies such as Fast Healthcare Interoperability Resources (FHIR).

ADHA said this would ensure interoperability with “other health information exchange technologies from the medical software industry and those already implemented by large healthcare providers”.

“It requires fewer connections to be developed between healthcare providers and My Health Record and other digital health products and services," Cattermole said.

“This goes a long way to making the sharing of patient information between healthcare providers easier.

“This is why the modernisation of the national digital infrastructure is the agency’s most important strategic focus for 2021.”

“We are looking forward to making an important contribution to helping the ADHA to deliver contemporary digital services that enhance Australians’ access to health products and services,” he said.

Update 06/07/2021: The ADHA has since published the $18 million contract on the Commonwealth procurement website AusTender.