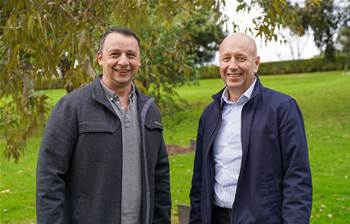 Left wagering giant at the end of last year.

“We’re excited to welcome Brendan Smith to the Cube team as our CISO,” Cube Networks wrote.

“Having most recently held the CISO role at Tabcorp, Brendan brings to Cube his extensive experience and passion for information and cyber security.

“We look forward to Brendan playing a key role in the success of our business, and our customers businesses, well into the future.”

During his 4 year stint at as Tabcorp’s CISO, Smith oversaw the development of a new security strategy and increased overall business security awareness.

A Tabcorp spokesperson told iTnews that Jenkins brings more than 25 years of information security experience at leading companies and institutions to the table.

Jenkins previously held senior information security roles at ANZ, the London Stock Exchange and Bupa, where he served as Group CISO for the company's global operations.