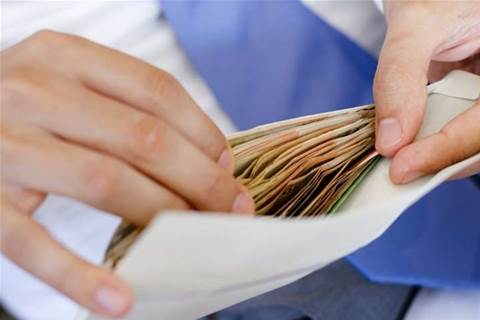 Offered one tool, committed to another, didn’t deploy either.

Service NSW made assurances that it would invest in a data tool to identify and correlate fraudulent applications for bushfire relief funds, but never followed through, documents released to parliament reveal.

Documents released to Greens MLC David Shoebridge reveal the agency had a “limited if not non-existent” ability to identity fraudulent applications when tasked with delivering bushfire grants last year.

The small business bushfire grants – which were valued at $10,000 or $50,000 – were intended to go to businesses that could demonstrate an impact from the catastrophic Black Summer bushfires of 2019-20.

But just months into the bushfire grants program, Service NSW was tipped off about “a number of alleged frauds… in relation to current grants being administered via online applications”.

The warning came from a number of banks and law enforcement officers, who alleged fraudulent transactions had occured.

As a result, Service NSW mobilised a team to “carry out a fraud risk review” and implement ways to “deter, detect, respond and recover from fraudulent or incorrectly processed applications”.

During that review, Core Integrity found Service NSW had a “limited if not non-existent” ability to identity common characteristics between grant applications, which could raise suspicions of fraud.

Core Integrity recognised that "some attempts" had been made by Service NSW to do this analysis, but said they were "rudimentary" and relied on data extracts from Salesforce being compiled in a spreadsheet.

The agency “rejected the offer… as it was felt that it could not be supported internally and additional licences would be required”.

Instead, it made “multiple assurances… that a network association tool would be built in Tableau” – NSW’s “preferred data visualisation tool” – but the tool doesn't ever appear to have been financed or stood up.

“To this date, the Tableau version of this tool has never been built and funding was not approved,” documents state.

Shoebridge said the documents reveal the extent of fraud within the bushfire grants scheme and the absence of necessary control measures, citing one instance where a single person made 200 applications.

“These documents make for very disturbing reading," he said.

"How on earth did the NSW government allow a single person to make more than 200 applications and pocket over a million dollars of emergency relief funds?

“We can see dozens and dozens of applications made by organised crime figures and other people taking advantage of the hopelessly inept lack of fraud prevention measures put in place," Shoebridge alleged.

“The government is seeking to downplay the scale of the fraud and part of that strategy is rejecting the expert advice they were given to put in place full data matching programs to identify fraud.

“The deeper tragedy here is that every cent of this is desperately needed by hard hit communities to rebuild after the fire.

“Instead this money has been thrown away by a government more interested in announceables and spin than real help.”