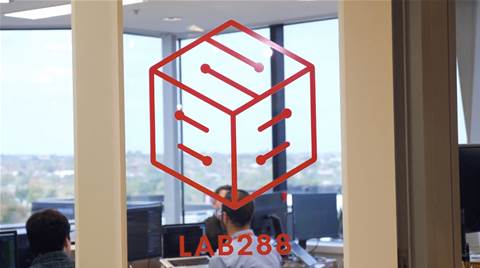 Coles Group’s “disruptive technology lab” LAB288 hit a key milestone on Wednesday, emerging from the shadows of the retailer with a web presence in its own right.

LAB288 was formed in 2017 but managed to largely avoid the limelight until mid-2019 when iTnews revealed some of its computer vision work.

Last month, the lab was credited with a role in the creation of an “intelligent edge backbone” that is used to quickly deploy technology into so-called ‘edge’ locations - in this context, Coles’ supermarkets.

On Wednesday, LAB288 took a big step out of the shadows with its own website and blog, as well as new details on some of its artificial intelligence work.

The ‘coming of age’ of LAB288 in some ways mirrors the trajectory of rival Woolworths’ digital innovation arm WooliesX.

WooliesX was formed at more or less the same time as LAB288. iTnews first revealed the establishment of WooliesX and has extensively charted its progress over the years, including its transition from internal innovation hub to broader public recognition.

In a blog post, Coles principal engineer of disruptive technology Andrew Nolan described LAB288 as "a force of innovation" inside Coles.

“Culturally we feel like a startup, but we have the backing of a large corporation,” he wrote.

“The purpose of LAB288 is to support Coles as we become a digital retailer,” Coles GM of technology, engineering and data Peter Bonney said in a video.

“Every modern organisation needs the ability to have a research and development function that can really understand the high value opportunities and what technology can bring to the table to support solving those problems.”

The video showed off the interior of LAB288 for the first time; it houses - among other technologies - “supercomputers, 3D printers, laser cutters [and] all sorts of electronic kit,” senior business analyst Seb Roberts-Brown said.

Roberts-Brown said his current work involved using technology “to understand how people queue and how they move around the store.”

“This insight will help us to redesign our stores and our processes so people can get in and out and do their shopping as painlessly as possible,” he said.

Luke Weston, whose affiliation with the lab was described as “electronic engineering and physics”, described a separate project where Coles had “rolled out a series of smart infrared sensors that can detect the presence of a person in the assisted checkout area so that a customer and team member can see which ones are vacant and guide the flow of customers in most efficiently.”

The technology used red and green lights to indicate when a self-service checkout is free and available to be used.