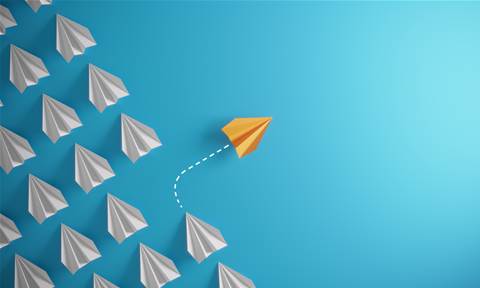 At the heart of the federal government’s second pandemic budget is a desire to transform Australia into a leading digital economy with a $1.2 billion package that promises to improve public sector service delivery and spur private sector investment.

Initiatives like $200 million for the nascent myGov overhaul, $50 million for a national artificial intelligence centre and $100 million to expand the consumer data right are just some of the ways it plans to do this.

But in the hundreds of pages of budget papers there is a distinct feeling the government is doing just enough to get by by throwing money at immediate problems – that align with its jobs and growth narrative – while continuing to neglect long-talked about reforms.

Many of these reforms have been flagged for years and go to heart of structural issues with the current approach to government IT such as the outdated funding model, which is lamented by IT leaders.

A shake-up of the IT model has been on the cards for at least three years, with then government services minister Stuart Robert acknowledging back in December 2019 that the current model was inhibiting agile ways of working.

Some of the delay is down to the “urgent” audit of the government’s IT and digital capability commissioned in the wake of Thodey’s root-and-branch review of the Australian Public Services.

The Digital Transformation Agency is now planning to deliver that audit, which has admittedly grown in scope since it began, in the second half of this year, with any insights expected to form the basis of a longer-term IT blueprint.

While the pace of change is agonisingly slow at the federal level, state governments, namely NSW and South Australia, have made great strides to reform their own respective IT investment models by introducing central pots of funding for digital projects.

NSW has also gone one step further by attaching strict conditions to its funding, including a $20 million cap on each handout and a requirement that all projects are reviewed by the state’s information and privacy commissioners.

The federal budget also fails to introduce any minimum small-to-medium enterprise (SME) spend targets for the $1.2 billion in digital economy initiatives, like the NSW government has done for its $2.5 billion annual IT procurement budget.

The budget has, however, provided $2.6 million over four years support SME participation in Commonwealth procurement, including for “scans of procurement to map any common ‘pain points’ for SMEs”, which is at least a start.

A “temporary” boost in Australian Public Service staffing could also help reduce the government’s record spending on IT contractors, with average staffing levels (ASL) set to climb by 5364 to 174,276 in 2021-22.

But while “additional ASL will continue to be required over much of the forward” estimates to respond to the pandemic, the government is not shy in pointing out that “continued investment in digital capabilities will support further ASL prioritisation in future years”.

Maybe the government’s big year for IT reform will come next year, when – if it returns to power – other structural changes, including around taxation, will be necessary. Or maybe it will continue to kick the can down the road, even as the states and territories move forward.

Either way, we’ll have to wait and see.