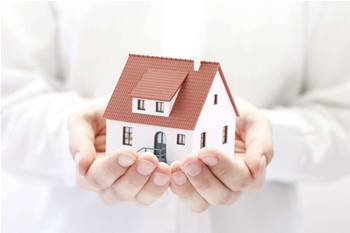 Following the end of its partnership with IRESS.

Digital bank Volt is preparing to launch its full digital mortgage offering in the second half of this year under a new partnership with neo lender Australian Mortgage Marketplace.

Volt was originally set to use IRESS’ MSO software to capture and assess mortgage applications, however the partnership ended when IRESS’s Australian mortgage software business discontinued operations in May last year.

CEO and co-founder Steve Weston told iTnews Volt has instead decided to design and build its own mortgage process under a new partnership with Australian Mortgage Marketplace (AMM).

“When we looked at the design that we had for a mortgage process, we took time to have a look around the market to see if we should build it ourselves,” he said.

“When we saw the AMM team, who we have known for many years, had built virtually what we had designed, for speed to market and cost reasons we decided to partner with them rather than build [one] ourselves.”

The consumer neobank originally intended to launch its digital-only mortgages much earlier, however, Covid-19 led to a slowdown while the team reassessed the economy.

Weston said Volt is now progressing a $50 million initial proof-of-concept (PoC) with plans to initially use mortgage brokers to assist clients with enquiries before building its own direct mortgage solution.

Weston said as the PoC is finalised, the next step will be an internal review plus approvals from regulators in readiness to “start accelerating lending”.

According to Weston, at present the average traditional home loan process can take up to 27 days to provide unconditional approval.

Weston said the “rich algorithms” behind Volt’s process will compress this timeframe to 11.5 minutes.

“Rather than needing to send a human being around to do a valuation, the databases are so rich now you know in that area that is the right value for that property,” he said.

“You can remove a lot of manual work out of a process and you can make lending decisions in a more responsible way.”

Weston also remained unfazed by the big banks' digital home loan offerings, stating speed is “where we will get more of our business”.

“We will find many people will choose to go down our path," he said.

“They've got that certainty and they can go and make an offer to buy a home, so a big competitive advantage is going to be speed.”

Volt will also have its banking-as-a-service platform (BaaS) to separate itself from its competitors, which Weston said other lenders could potentially white label in the future.

The digital bank already entered into a partnership with Railsbank earlier this year, which trades as Railspay in Australia.

The partnership will allow Railsbank to expand its Asia Pacific footprint and use Volt’s BaaS platform and infrastructure to deliver products such as bank accounts, cards, and payment solutions to Australian customers.