What is a 'digital backbone'? 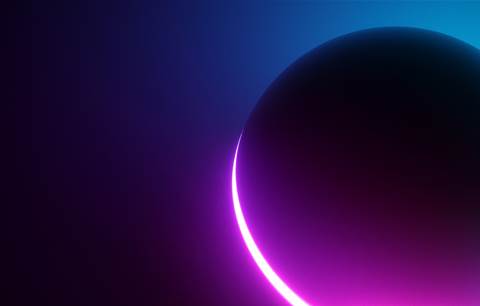 Embedding digital capability in a holistic way not often attempted before.

Several years ago, Coles’ technology team looked at how it could use emerging technology to transform the business – not a small task for a business that had nearly 2,500 stores at the time.

There was plenty to experiment with. Technology could help retailers connect online and in-store shopping, making it easier to finish an online shop in a supermarket. It also offered other ways to change the shopping experience – cameras and machine learning technology could be used to detect fresh food at the checkout, for example.

Team members in supermarkets were potentially able to make greater use of technology too. For instance, wearable devices could help back dock workers split loads more efficiently. Internet of Things systems could detect when shelves were empty and alert employees. Perhaps software could help optimise everything from refrigerators to the ovens used to cook chickens.

By 2019, Coles was "applying GPU-accelerated machine learning, mechatronics, electronic engineering and the Internet of Things to solve some of Coles' most complex business problems," one of the founders of its research and development lab, Lab288, said at the time.

Along the way, the retailer’s technology team also ran into challenges.

It wanted to quickly test and learn about advanced technology solutions in-store, deploying and removing solutions depending on the business value they provided.

“To accomplish this we have to treat our stores like a common platform, abstracting away the underlying differences to keep it simple,” explains Peter Bonney, Coles GM Technology, Engineering & Data.

Those solutions included machine learning systems running on a variety of hardware, from in-store servers to small, low cost devices, such as a Raspberry Pi.

“Every time you want to put something new in a store, you don't want to have to have loads of people going in and out of the store, because it's expensive and disruptive and generally you have to do it after hours,” Bonney says.

“Your cost per store can pretty quickly build up. That was the ‘aha’ moment for us. We couldn't sustain that.”

Bonney also wanted a way to optimise systems after deploying them. “Often when you deploy newer solutions they’re not as efficient as they can be, because you're trying to push the envelope and get them in market quickly to test them,” he says. “If you can’t optimise them, then you can quickly end up in a situation where the business case doesn't necessarily stack up.”

The solution was software that enables Coles or its business partners to quickly deploy, manage and un-deploy edge applications.

“Applications are packaged in containers and deployed onto a common platform, akin to how you install and remove apps from an app store,” Bonney says.

It was built using components of Microsoft Azure, NVIDIA hardware and AI frameworks and open source tools, including Kubernetes, and runs on a variety of hardware, including in-store servers and small systems connected to cameras or other equipment.

Bonney calls it an “intelligent edge backbone”. He says it is a key component of Coles’ digitisation strategy.

“The backbone for us is really a way to accelerate, test and learn and ultimately scale,” he says.

“It helps us minimise the cost of tech in stores,” he adds. Coles is also “seeing a lot of benefit in terms of time to market and our ability to optimise solutions.”

Coles’ work with technology may provide lessons for CIOs.

Notably, it has experimented with technology, rather than focussing entirely on common technology use cases. And to help make that possible, it has developed a flexible platform – its edge computing software.

The retailer’s in-store technology tests are also part of broader transformation strategy, which encompasses its supply chain and back office store support centre.

These are all aspects of what Avi Sharabi, Partner at Digital Delta, KPMG Australia’s digital transformation practice, calls a digital backbone. It’s a term he uses to describe embedded cultural, business, people and technological capabilities that can enable major change throughout an organisation. He also refers to it as the “digital DNA” of an organisation.

A few other aspects of this model stand out. It also:

Sharabi thinks this is a way to achieve large scale financial, efficiency and customer goals.

“Traditionally, there were a limited number of ways in which organisations generated increased profitability and revenue. And those grow linearly, unless a company is developing a new service offering or entering new markets,” he says. The digital backbone is “the key to unlocking value sustainably,” in his view.

All this might sound familiar. IT executives have been hearing aspects of this message for a long time.

But in Sharabi’s view, not many implemented these capabilities holistically.

He thinks that is now changing.

Sharabi points to an investment bank, which is using digital capabilities to commercialise internal services and create a new revenue stream. He talks about a non-profit organisation looking at using a digital backbone to change the way it interacts with NDIS recipients. And he calls out some universities that were well-placed to operate online at the onset of the pandemic in 2020.

Sharabi is particularly enthusiastic about an example involving Tesla. He relates the story of a friend who heard strange noises from his Tesla, pressed a help button on the car’s touchscreen and was connected to a support person. Using remote diagnosis tools, that support person was able to determine whether there was a mechanical problem.

“That’s mind boggling. The fact that you connect to someone anywhere in the world that has everything they need to know about your car in front of them, able to identify and resolve issues remotely, and communicate back and forth – no-one can achieve that without a truly digital backbone,” Sharabi enthuses.

In some ways, the digital backbone model enables the business and IT agility that for years executives have been told is so important.

It aligns with the push by some away from fixed, monolithic IT structures and rigid IT lifecycles. See efforts to encourage use of reusable IT by the New South Wales Government, for example.

It also ties-in with the notion of IT as a business enabler. And it is relevant to discussion about crises preparedness.

Perhaps it is not a bad model then, for an IT executive to take to a board.

Organisations might build a digital backbone by focussing on platforms and operationally-led changes designed for scalability. That typically costs more up front, but could make change less expensive in the future, in Sharabi’s view.

Or they might focus on use cases, which Sharabi predicts might provide quick ROI but create higher overheads and less flexibility in the future. Or they could combine both approaches.

At Coles, this process is a gradual one. The company’s edge computing platform is an MVP, not deployed throughout the store network. New features are added as the need arises.

“As we see business value, we look at when would we start to scale this out in the business. I'm not a big fan of building it and hoping people will come, because that's expensive and generally you lose people’s attention and focus after a period of time,” Bonney says.