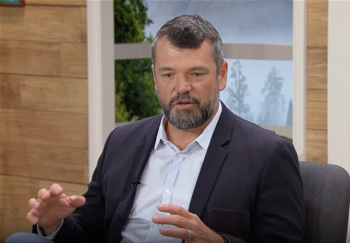 But says tech deployed under T22 transformation is helping.

Telstra said it is treading a fine line in the kinds of digital marketing messages it sends and suppresses based on what it deduces about customers, particularly when it comes to guessing at what they might be able to afford.

Chief marketing officer Jeremy Nicholas told Salesforce Live A/NZ that the telco took into account a larger amount of data when marketing to its customers after system changes made in the T22 transformation.

Nicholas said the carrier’s use of Salesforce marketing cloud, in particular, enabled it to personalise in-store, agent and online experiences for customers to a much greater degree.

“Having a centralised decisioning engine and data source is really key,” he said.

“We’re well down the path on that - we’re not perfect, but that’s been part of this big transformation.”

Nicholas said that customer context was an important factor when determining the types of marketing messages to send and not send.

“If you had an NBN outage in your area, it’s not the right time right now to be selling you something, so to be able to suppress marketing or service messages or actually engage in service and marketing messages, depending on customer behaviour or what they might be experiencing, is hugely important,” Nicholas said.

He raised an example of Telstra using its own data around cellular utilisation to find customers that could benefit from 5G services.

“If you’re in a 5G area and we’ve turned on the cell towers in your area and flipped over to 5G, we’ll see that you’re connecting onto that [tower] say 30-40-50 percent of the time and we’ll say, ‘Hey, we’ve actually rolled out 5G in your area, we can see that the cell tower you use all the time for most of the things you do is actually 5G-enabled. Here’s a great 5G upgrade offer on your new iPhone or Samsung’,” Nicholas said.

“It’s not like a big creepy thing from Telstra but it’s quite helpful - it’s good to know. It’s not about pressuring you into [buying 5G services] but if you’re interested in [cellular connectivity], here’s something we might be able to help you with.”

Telstra also used first-party data to identify vulnerable sections of its customer base that it believed should be excluded from receiving certain types of messages.

Vulnerability could be determined by factors such as perceived financial literacy, which may be deduced from previous interactions.

“Taking all that into consideration when you’re marketing or selling something … has emerged more strongly in the last four or five years in terms of personalisation,” Nicholas said.

“Suppressing offers or things to people whom you don’t think could afford it or that may get themselves into trouble is something certainly we do pursue.

“At the same time I’m cognisant of the other points of view which could be, ‘who are you to decide what I can and can’t afford, and what I do and don’t want?’

“Obviously you’ve got to counterbalance some of that, but I think we are erring much more on the side of caution and trying to do the right thing by our customers.”

Nicholas said that Telstra was particularly conscious of marketing suppression because, with a large customer base, impacting even a fraction of a single percent with an ill-timed or inadvisable message amounted to thousands of people.

“When you’ve got that many millions of customers, getting it right 99.9 percent of the time is not good enough because out of 8 million [customers] that leaves tens of thousands of people where there’s a problem,” Nicholas said.

“That’s the thing you’ve got to really strive for, and it’s actually not look at the percentages but look at the raw customer numbers, because that’s where you get the real impact.”

Nicholas added that the telco saw itself as having a duty of care, both regulated via the universal service obligation, but also generally as a large Australian company.

“The most important driving force here is our purpose and trying to look after the country,” he said.

“If we do that really well, then the returns will follow.”