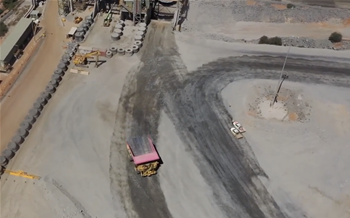 Intends to transform site operations by the end of the year.

Newmont has started production use of an autonomous haul truck fleet at its Boddington gold and copper mine in Western Australia.

The miner said in a statement that it had hit a milestone in the deployment “with the first production delivered”, and produced a brief video showing the driverless trucks operating in the pit.

“It is a testament to the enthusiasm and professionalism of our team that we have achieved this first milestone safely.”

Newmont said it is the first gold mining company to use autonomous haulage system (AHS) technology in an open pit mine.

It hopes the technology will lead to safety and productivity enhancements, while extending the life of the operation, considered one of Newmont’s “cornerstone assets”.

“We remain on track to successfully transform our mining operation into an AHS operation by the end of the year,” Bates said.

Operations, maintenance and support systems personnel are being trained in the AHS technology ath the nearby WesTrac technology training centre in Collie and the WesTrac Institute in South Guildford.

“As part of the training, Newmont operators are being provided with demonstrations of the new autonomous operations, allowing them to develop an understanding of enabling adoption of AHS technology,” the miner added.