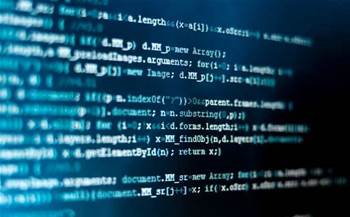 Federal, state and territory leaders have agreed to create an intergovernmental agreement to facilitate greater data sharing between all levels of government.

The plan for the high-level agreement, which is still to be developed, was endorsed at a meeting of national cabinet on Friday last week.

“National cabinet agreed that jurisdictions will work together to capitalise on the value of public data to achieve better outcomes for Australians,” Prime Minister Scott Morrison said.

“In order to achieve this, first ministers [and state and territory premiers] committed to develop an intergovernmental agreement which will be considered at a future national cabinet meeting.”

While details remain scarce, the pact will likely make it easier for federal, state and territory government to share data, building on efforts with health and travel data during Covid-19.

The planned agreement would likely work alongside the Data Availability and Transparency Bill, which is currently before federal parliament.

The legislation aims to streamline data sharing between governments and the private sector, overriding some 500 provisions in 175 pieces of existing legislation.

But it faces calls for amendments from the Office of the Australian Information Commissioner, Australian Medical Association and the NSW Council for Civil Liberties.

The Australian Financial Review is also reporting that the agreement can be expected to lay the foundations for linked-up government services around key life events or journeys.

It means citizens could interact with government services across all tiers using one-stops shops like the federal government’s myGov or the NSW government’s MyServiceNSW.

myGov is already undergoing a major overhaul – at a cost of $35 million to date – to align services more closely with life events, while offering a personalised view of interactions.

At the last meeting in February, discussions centred on “how to meet the data needs of decision-makers across jurisdictions, including through better data sharing”.

“Improved data sharing can boost the economy and lead to better service design and delivery,” the communique notes.

One dataset that is advancing the conversation is the national disability data asset, which is paving the way for a federation-wide view of the disability sector.

The asset – which digital ministers agreed to established in September 2019 – incorporates datasets from the federal, NSW, Victoria, Queensland and South Australian governments.

Other areas front of mind for data sharing include emergency services, with the recent commitment to develop a national multi-hazards warning service for natural disasters.