APRA is examining a dozen new applications from neobank hopefuls 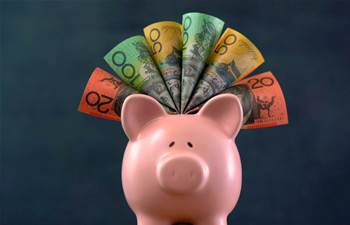 Apparently unperturbed by Xinja folding and 86 400's sale to NAB.

Neobank hopefuls are continuing to line up for Australian Prudential Regulation Authority (APRA) approval, despite Xinja folding and 86 400 selling out to NAB, the authority’s chair Wayne Byres said.

Byres told the 2021 AFR Banking Summit yesterday that the death of digital-first neobanks was “greatly exaggerated”.

“Xinja’s recent exit, as well as 86400’s decision to seek to merge with National Australia Bank, prompted some to predict the demise of the neobank model,” Byres said.

“With apologies to Mark Twain, let me suggest [neobanks’] death has been greatly exaggerated.

“We are now considering upwards of a dozen applications from aspiring ADIs [authorised deposit-taking institutions].

“These applications cover both the direct and restricted ADI pathways, and many incorporate innovative technologies and business models.

“Not all will be licensed, but there is no lack of interest.”

Byres said the APRA had also rejigged the licensing framework used to approve neobanks, with the revision placing “greater emphasis on longer-term sustainability rather than the short-term goal of obtaining a licence”.

He said the objective was “not to make obtaining a banking licence harder, [but] rather … to improve the prospects of those who enter the market.”

“After all, there is little competitive benefit if new entrants quickly fall by the wayside,” he said.

“Adding explicit requirements such as the need to have an income-generating product are hardly onerous expectations.

“But hopefully they will help sharpen up prospective entrants’ plans, and give greater comfort to everyone involved that a new entrant can add to the competitive dynamics of the industry.”

Questions were raised about the future of neobanks in Australia after Xinja handed back its banking license at the end of last year, and then NAB agreed to buy 86 400 a month later.

It was unclear at the time whether or not there were structural problems in the sector that prevented neos from achieving scale, and whether this might similarly discourage others from setting up neobanking operations.

Byres added that APRA saw Xinja as a “successful failure” in terms of it being a textbook case of an assisted exit from the banking industry.

“The recent small case of Xinja is a handy illustration of successful resolution,” he said.

“When it became clear the bank’s trajectory was unsustainable, APRA worked closely with the Xinja board to resolve the bank by returning deposits in full and in a timely and orderly manner, ensuring no depositor lost money and there was no contagion to other parts of the system.

“From my perspective, it was a successful failure.”