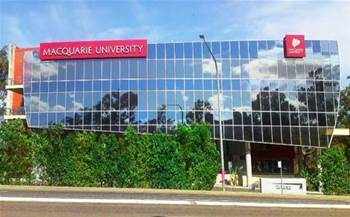 Macquarie University has restructured its IT operations, bringing once distributed support teams together under a single centralised banner.

The university previously had a core central IT team with smaller faculty-specific teams looking after the different schools, a fairly common model within tertiary environments.

Budget pressure from the Covid-19 pandemic saw the university change its IT support model.

“This change enabled the university to bring all IT staff together to focus our efforts, provide communities of practice for core IT disciplines and help level the demand on IT services across the University," the spokesperson said.

The changes mean the central technology department at the university is now a team of around 200 staff, with a small number of roles still being filled to close gaps in the new structure.

One role the university is currently seeking to fill is a newly-created head of technology services position, which replaces the former director of operations role held by Daniel Dos Santos, who left at the end of 2020.

The successful applicant will be given a five-year term and requires knowledge across end user computing, cloud computing, infrastructure, communications and networking.

The role will report directly to university chief information officer (CIO) Tim Hume. Hume was appointed to the CIO position in 2019.