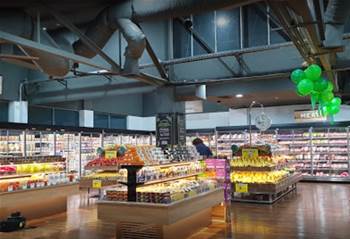 Woolworths has called time on a trial of electronic-only payments at a small number of its Metro stores, saying it would accept cash again at the stores as early as Wednesday.

The grocery retailer expanded the trial to cover 14 stores with the addition of Brisbane, and came at a time of heightened concern over cash handling during the Covid-19 pandemic and broad encouragement of contactless payments.

But the conversion of stores to all-electronic payments - and prohibition of cash payments - led to concerns about the exclusion of people without cards, as well as over the data being collected about purchasing habits.

The trial was also frequently criticised in social media forums, and Woolworths Metro general manager Justin Nolan said that the retailer hadn’t “fully appreciated” the impact of making some of its stores cashless.

“We want Woolworths to be a place where everyone feels welcome, no matter who they are or how they shop with us,” Nolan said in a statement.

“It’s become clear to us that not all customers have felt this way when shopping in our Woolworths Metro stores trialling card-only payments.

“While almost all Metro customers choose to pay with cards, cash remains incredibly important to those who don’t for a whole range of reasons we didn't fully appreciate.

“Based on feedback from our customers, we can see we’ve moved ahead of current community expectations on cash and will be ending the trial.”

It is understood that the majority of stores participating in the cashless trial have either already started accepting cash payments again or will do so by March 3.

The exception to this is Woolworths’ York and George Street Metro stores in Sydney, which will revert to accept cash and cards on March 10.

It is understood that some trial locations saw fewer than 10 percent cash transactions a month, however this was ultimately deemed important, resulting in the trial ending.