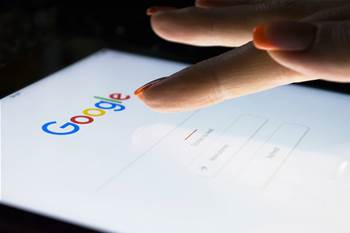 Australia’s proposed media bargaining code has inched closer after the senate committee examining the landmark bill recommended that it pass through federal parliament.

The code would force Google and Facebook to negotiate payments with news organisations, with a binding “final offer” arbitration process to be used if no agreement can be reached.

“Despite the concerns raised by various submitters and witnesses, the committee is confident that the bill will deliver on its intended outcomes,” the committeee said [pdf].

“Its provisions will provide the basis for a more equitable relationship between the media and Google/Facebook and, through this, helps safeguard public interest journalism in Australia.

“Accordingly, the committee recommends that the bill be passed.”

In the face of stiff opposition by Google, which claimed the bill was not compatible with the nature of search engines, the committee found public interest journalism should receive special treatment.

“The committee agrees that public interest journalism is more than just an ordinary consumer product that has been undermined or ‘disrupted’ by new technology; rather [it] is a cornerstone of democracy,” the report said.

It also noted that there was a “strong view that large multinational technology companies – in this case Google and Facebook – should not remain outside sensible regulations that protect the public interest”.

But the report did leave the door open to future changes, with the committee indicating that “further refinement may be needed to the arbitration mechanism and other parts of the code so that they work in an optimum manner”.

The committee has also “accept[ed] that there remains possibility that not all risks have been taken into account”, and has requested that a “12 month review mechanisms [to be] built into the legislation”.

Labor has pledged its support for the legislation, pending the “government addressing key concerns” such as using “precise language in public statements regarding what designations it intends to make under the code”.

“This is in order to save any misunderstanding or unnecessary uncertainty for the media, digital platforms, small businesses and citizens and consumers who may be impacted,” the Labor senators said.

Labor also raised concerns that Treasury was unable to provide “satisfactory answers to question on impact and risk assessment and cost/benefit analysis on the bill at the public hearing” and that its follow up questions had gone unanswered.

All eyes now turn to Google, which has publically declared to withdrawal is search engine from Australia’s shores should the bill be passed, and Facebook, which has threatened to stop Australians sharing news on its platform.

The bill is expected to be considered by parliament next week.