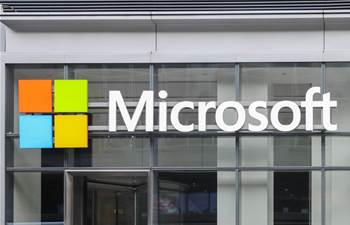 In light of growing imbalance between tech and democracy.

Microsoft has appealed to the US government to “copy” proposed laws that would force digital platforms Google and Facebook to pay media companies for news content in Australia.

In a blog post on Friday, President Brad Smith said the legislation could serve as “part of an innovative prescription” to solve the growing imbalance between technology and democracy.

The call comes in the wake of the US Capitol attack, which Smith said spawned from distrust in the electoral process peddled by Trump – a sign that democracy is in “fragile state”.

“The United States should not object to a creative Australian proposal that strengthens democracy by requiring tech companies to support a free press. It should copy it instead,” Smith wrote.

The US government has previously urged Australia to mothball plans to introduce the mandatory code and consider promoting a voluntary code of conduct instead.

But earlier this month Microsoft threw a spanner in the work when it said it would be “willing to live by these rules if the [Australian] government designates us”.

The pledge follows Google’s threat to withdraw its search engine in Australia if the code was legislated last month.

Google is still unsure what this would mean for its other products including Google Maps, YouTube and Gmail.

Microsoft is confident its search engine Bing can fill the gap, despite holding less than five percent market share.

Smith said the ideas in Australia’s proposed code were “straightforward”, combining collective bargaining with arbitration to overcome problems with other models pursued in Europe.

“Even more important, the legislation will redress the economic imbalance between technology and journalism by mandating negotiations between these tech gatekeepers and independent news organisation.

“The goal is to provide the news organisations with compensation for the benefit derived by tech gatekeepers from the inclusion of news content on their platforms.”

He has called on the US government to reassess the proposed code, taking into account the three arguments that Google and Facebook have successfully lobbied officials with over the last two years.

One objection put forward is that the pair are singled out in the code, which Smith said was easily fixed by amending the laws to apply search engines with more than 20 percent market share

Another issue is the binding “final offer” arbitration process that applies if no agreement can be reached.

“These are now pressing questions for the Biden administration,” he wrote.

“Facebook and Google persuaded the Trump administration to object to Australia’s proposal.

“However, as the United States takes stock of the events on January 6, it’s time to widen the aperture.”

Smith said it was now a question of “what values we want to the tech sector and independent journalism to serve”.

“Yes, Australia’s proposal will reduce the bargaining imbalance that current favours tech gatekeepers and will help increase opportunities for independent journalism,” he said.

“But this is a defining issue of our time that goes to the heart of our democratic freedoms.

“We owe it to the future to help ensure that these values survive and even flourish long after we and our products have passed from the scene.”