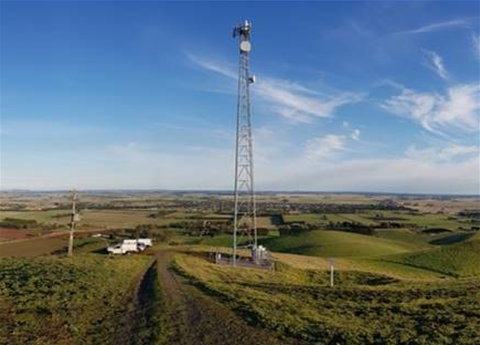 Finally in line to get mains power.

NBN Co has revealed that it has been powering a fixed wireless site in remote Victoria for “more than two years” using a diesel generator.

The site remains fully off-grid but now sources its power from a hybrid solar-diesel setup that NBN Co piloted at the site in FY20.

However, iTnews understands that the tower will finally be connected to the grid by the end of February this year.

The generator-powered tower hosts antennas that deliver fixed wireless services to surrounding residences (rather than it being a microwave backhaul site).

It is understood the generator required refuelling every six months, consuming about 5400 litres of diesel every three months.

The need to build and maintain an off-grid tower adds another previously unknown dimension to the challenges that NBN Co has encountered in the fixed wireless build.

However, it is believed to be an edge case in that no other sites are similarly off-grid or have operated off-grid for such an extended period of time.

Seemingly before the impending mains connection was confirmed, NBN Co set out to test alternative off-grid power generation sources, landing on a trial of a hybrid generator.

It consists of six solar panels that power equipment and charge “a specially designed intelligent battery”.

“In FY20 this innovation was successfully tested at a remote Victorian location to power a fixed wireless site,” NBN Co said.

“This replaced a conventional diesel generator that had been operating 24 hours a day for more than two years at the site, which is not connected to mains electricity due to its remote location.”

NBN Co said that on sunny days during the trial, “there was enough solar energy generated to directly power all equipment and the battery, which takes over when light is low and during the night.”

“A backup diesel generator is integrated into this system and provides additional charge to the battery once it reduces to 20 percent of its capacity,” NBN Co explained.

“Once the generator recharges the battery to 80 percent capacity, it automatically switches off.”

With the Victorian site finally in line for mains power, it will no longer have use for even the hybrid generator.

However, iTnews understands that NBN Co will deploy a fleet of around 40 hybrid generators across its fixed wireless network to improve power resiliency at fixed wireless "hub sites".

Hub sites are those that support multiple downstream sites (towers) or have a fibre backhaul connection.

It is believed the rollout of the hybrid generators in this fashion supports learnings from the 2019-20 bushfires.

Separately, NBN Co said it had piloted a “smart generator” as a backup power source for a hybrid fibre coaxial (HFC) site, also in FY20.

The “smart generator”, it said, is “a trailer-mounted power generator that … uses a self-charging intelligent battery connected to a rectifier and diesel generator that combines to automatically charge the battery when the charge level is low.”

“During an FY20 pilot, the smart generator powered a HFC site using one third of the diesel normally required by a traditional generator,” NBN Co said.