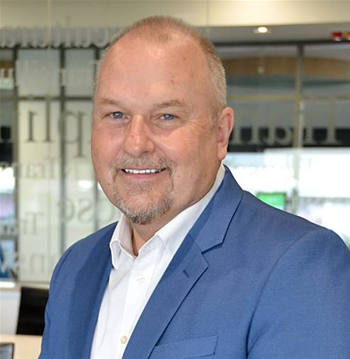 The agency responsible for the country’s $2 billion My Health Record and other national digital health systems announced the appointment on Wednesday after a two-month executive search.

Thatcher, who will start on February 8, comes to ADHA with decades of IT experience in the public and not-for-profit healthcare sectors and, more recently, the tertiary sector.

He has spent the past two years working at the Queensland University of Technology, most recently as professor of digital practice at QUT’s Business School.

Prior to working at the university, he completed his PhD titled “a governance framework for the adoption of IT in acute healthcare”.

Thatcher also spent just under two years as Queensland Health’s CIO, and before that more than 10 years at both Brisbane-based Mater Healthcare Group and Thentec Group.

In a statement, Thatcher said he was “joining the agency at a time when digital health has proven how integral it is to meeting the nation’s healthcare challenges and supporting improved healthcare outcomes.”

“What really impresses me is the agency’s core focus on building the digital skills of healthcare providers and consumers so they can maximise the benefits of technology,” he said.

Newly appointed CEO Amanda Cattermole welcomed Thatcher, who she said will bring “deep technical skills and a long history in a range of public and private health environment”, as well as a “passion for leadership”.

“I look forward to his contribution to the national digital health strategy and a better connected healthcare system that enables healthcare providers to access and share important patient information,” she said.

“Dr Thatcher will also bring his skills and experience to support the key role of digital health in Australia’s ongoing response to the Covid-19 pandemic.”

Thatcher’s appointment comes as the ADHA presses ahead with the first phase of its massive national infrastructure modernisation program that will refresh a core part of the My Health Record system.