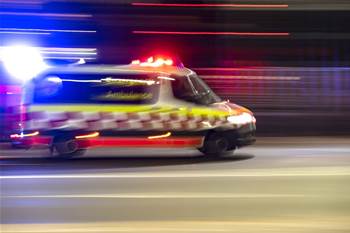 Emergency responders across Australia will now have access to the geolocation of Triple Zero calls following the deployment of advanced mobile location (AML) technology.

It is native to smartphones running Android 4.1 or higher and iOS 14.3 or higher, though Apple users will have to enable the capability for it to work.

The department has been looking at ways to send location data from emergency callers for a number of years, including following a review of the Triple Zero operator in May 2016.

AML was chosen as the preferred solution to provide emergency responders with access to location data following a market testing process in August 2016.

The technology – which is particularly usefully when a caller is incapacitated – is considered around 4000 times more accurate than previous methods.

Until now, Triple Zero operator Telstra used its Push MoLI solution to triangulate the location of calls using cell towers, even in regional areas where coverage is sparse.

“[AML] is capable of providing a caller’s location within a 5-metre radius outdoors and a 25-metre radius indoors,” the Triple Zero website states.

“Based on deployment of AML in other countries, most calls (about 85 percent) will provide location accuracy within 50 metres.”

Telstra has worked with Apple and Google to test AML, as well as Optus and TPG Telecom and emergency services organisations like NSW Police and NSW Fire and Rescue.

Communications Minister Paul Fletcher thanked all of the organisations that have been involved in delivering AML.

“AML uses the same location technology that smartphones users take advantage of everyday when looking up directions, ordering food through a delivery service or using a ride share service,” he said.

“I encourage iPhone users to update their device to the iOS 14.3 operating system to activate the AML capability when calling Triple Zero.”

Telstra’s consumer and small business group executive Michael Ackland said the introduction of the technology is a “significant development” that required “extensive coordination”.

Triple Zero receives as many as 27,000 calls each day, with around 78 percent of these made from mobile phones.