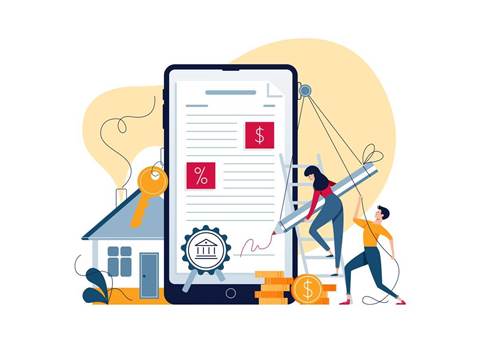 After early successes at the state level.

The Commonwealth Bank wants to enable e-signatures for commercial lending and home loan paperwork nationally, after scaling up its use of the technology in NSW and Victoria during Covid.

Senior manager of process and technology in CBA’s commercial lending business, Timothy Roberts, told FST Media’s Future of Financial Services conference that the bank had “ramped up efforts under Covid” to digitise contracts and allow them to be electronically signed, witnessed and returned.

Both NSW and Victoria passed emergency laws that enabled a broader range of documents to be signed and/or witnessed electronically during the pandemic.

This enabled business owners or loan applicants that could not attend a branch or office to physically sign paperwork to be able to complete it electronically instead.

Roberts said CBA is using DocuSign “to deliver loan documents both in commercial lending and home buying as well”.

“Covid provided the burning platform for us to break through a lot of the internal and external barriers,” he said.

“The laws [also] changed under emergency regulations that came through from the Commonwealth and a number of states that gave us a clear run that we didnt have before.”

The bank also still had to clear its own internal gates for approval, involving operations, technology, compliance, legal, product and digital teams.

“But the great thing was we had everyone’s attention,” Roberts said.

“The executives were driving it to happen. Everyone had to come to the party and probably respond in a shorter period of time than they normally would take.”

The need for e-signature was particularly acute in Victoria, where residents and business owners faced months of lockdowns and shutdowns.

“In Victoria we had customers who had been locked down for months, not able to go to the bank, not able to meet with each other, and they’re having to continue to do business or in some cases keep the business afloat in really tough times,” Roberts said.

“The paper process just wasnt going to work, so digitising it, being able to deliver documents electronically so that they can be viewed by customers in their own home at their own convenience, electronically signed and come back to the bank [meant] we [could] provide them with the funding or put things in place that helped their businesses stay afloat or thrive in a lockdown situation.”

Scaling up and out

Initially, CBA used DocuSign as the default delivery mechanism for paperwork associated with emergency loans due to Covid.

“We had that rollout in May and I think we had about a 95 percent adoption rate, so most of those loans were able to be done using DocuSign,” Roberts said.

“Since then, we’ve rolled it out to the wider scope of business-as-usual loans under the emergency regulations that are in place in NSW and Victoria.

“We focused on NSW and Victoria because they were the more impacted states, and because that’s where the laws were cleanest and gave us the cleanest run to expand out to a wide array of documents.

“We’ve only been live in Victoria and NSW for less than two months now but already adoption is up at the 20-30 percent mark, and that’s [out] of all of the deals we’re doing, including deals that are out of scope for DocuSign at the moment.

“We’ve been pleasantly surprised with the adoption.”

Roberts said that in most cases the turnaround time for paperwork had improved.

“The turnaround times to get the documents out, signed and back is drastically reduced,” he said.

“I wouldn’t say [it] halved, but [they take] a bit over half the time if you look at the median on the volume we’ve done so far, so it’s certainly taken days if not a week out of the turnaround time at the median.”

More importantly for CBA, paperwork came back without errors or clauses crossed out, saving time.

“Obviously with DocuSign and like products, it wont let you finish unless you’ve signed all of the right clauses,” Roberts said.

In the last month, CBA has also started to use e-witnessing capabilities within DocuSign as well, again taking advantage of temporary changes to NSW  laws.

“We’ve gone live in the last month with e-witness, which is a feature of Docusign that allows a document not just to be signed but to be witnessed by a third party,” Roberts said.

“In many cases, the law requires documents to be witnessed. Specifically in NSW, deeds can be electronically signed under the emergency regulations but they still need to be witnessed.

“In Victoria, it’s a bit different - they can be electronically signed but they don’t need to be witnessed, so different jurisdictions have different requirements.

“But in NSW we had to solve the problem of witnessing it”.

When a loan customer receives their paperwork via DocuSign, they are invited to nominate a witness.

They must then set up a video conference with the witness and share their screen, allowing the electronic signature to be witnessed.

Roberts added that CBA had used e-witnessing on “a couple of hundred deals so far”.

“Ideally you wouldnt have to do that, but we’re still dealing with -in many cases - laws that were drafted over 100 years ago that require documents to be signed on paper parchment and vellum,” he said.

Overall, Roberts said that ramping up e-signature and e-witnessing capabilities had enabled the bank to lend money to “hundreds of customers that otherwise would not have been able to borrow … to continue their businesses.”

“They have been able to do that with a tight turnaround,” he said.

“We’ve had customers in some cases that are stuck overseas or interstate or isolated and it’s allowed us to continue to support our customers in those times.”

Roberts said CBA wanted to further ramp up its use of the technology, taking it nationally and applying it to more forms, although any expansion plans are still subject to legal and regulatory differences between states and territories.

He also noted that some forms would likely need to be redesigned to make them more suitable candidates for digitisation.

“In many cases there are no precedents for what we’re doing,” Roberts said.

Roberts suggested the bank would adopt an iterative process to expansion of its use of the technology.

“Our next step is to ... go national and expand out our business-as-usual offerings out of NSW and Victoria,” he said.

“Queensland is probably the next step - they have state-based emergency regulations but some challenges in that their mortgage documents still need to be signed in wet ink on paper parchment or vellum, and they need to be witnessed by a JP.

“So there’s a challenge there, but it can be solved. We’ve just got to lean into it, design the process, get the right approvals, make sure we’re doing it the smartest way and still complying with all the laws and security requirements.”

Roberts was confident that the bank had the right internal resourcing and capabilities to drive e-signature forward.

“At the moment weve got a great team together and we’ve done some amazing things,” he said.

“We can see the next steps and big opportunities still sitting there, and we can now go back to the business and say, ‘Without much effort, we can keep moving and make this a truly national proposition’, resolving a whole lot of problems as we go.

“The Covid emergency has driven the innovation; then the new and fresh opportunities present themselves and you keep driving forward.”