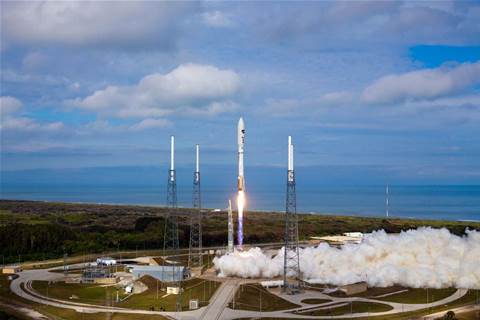 Enrico Palermo to take the reigns in January.

Clark has lead the agency since it was established in July 2018, and will now become chair of the Australian Space Agency Advisory Board.

Palermo, who graduated from the University of Western Australia in 2002, has spent the last two decades working in the space industry in the United States and United Kingdom.

In that time he has held various roles at Richard Branson’s Virgin Galactic and its subsidiary, the Spaceship Company, where he is president.

He also worked stints at Woodside Energy and SPS technology earlier in his career after graduating with a Bachelor’s Degree in Mechanical Engineering and Applied Mathematics.

Morrison said Palermo’s extensive international experience in the space industry meant he was well positioned for the role.

“Mr Palermo’s leadership will rocket Australia toward our goal of becoming a major player in the international space industry, while providing benefits across our economy,” he said.

Morrison thanked Dr Clark for getting the agency off the ground and setting a “clear path forward”.

Minister for Industry, Science and Technology Karen Andrews said she was looking forward to working with Palermo, who will “build on the solid foundation of Dr Clark”.

Palermo said he was honoured by the appointment, and was excited to take up the role in January.

“In its first two years, the Australian Space Agency has made significant progress and achieved many firsts,” he said.

“I look forward to working with the agency team to continue the mission of growing and transforming Australia’s space industry.”