Home Affairs 'doubles down' on core IT renovation 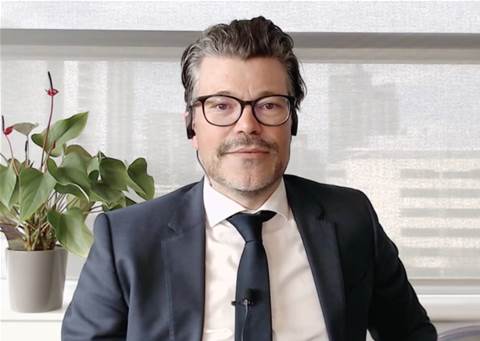 Home Affairs has “doubled down” on a program of work it first revealed late last year that will see it renovate or renew its core IT systems, with an emphasis on adopting newer cloud platforms.

The super-agency told an AWS summit at the end of last year that the core renewal and cloud systems adoption was picking up pace courtesy of three years’ worth of groundwork.

CIO Radi Kovacevic told ServiceNow’s Now at Work A/NZ summit yesterday that increased demand for its services, combined with “budget reductions”, had pressed the agency to act faster on its core transformation.

“We've really had to double down on our hybrid cloud journey,” Kovacevic said.

“We've really needed to ... renovate our core. We have a lot of applications and some of them just need to be renovated, renewed and replaced.

“We really have to double-down - and we really are doubling-down - on investing in our workforce and our skills uplift, particularly over the next three to five years.

“And also we need to be now investing in new technologies and new platforms, such as ServiceNow.”

Kovacevic said ServiceNow was initially brought into Home Affairs to replace a legacy IT support and ticketing system.

However, the platform has already found more use cases, including powering three portals that Home Affairs needed to quickly set up to handle Covid-related activities for the government.

Kovacevic flagged an even broader use of ServiceNow as part of its ongoing transformation.

“We're renovating our core, but we also need to be looking at improving our services, and we need to find a way in which we can automate, digitise and improve services for our customers,” he said.

“We needed to pick a tool that could help support our transformation of internal services.

“Whilst we've created a portal effectively for people to come in and log IT requests to deal with IT issues and request new assets, I can see that much more broadly applied to HR, finance and procurement as well.

“So I think, whilst we're bedding in this first phase, I think the next phase will be looking at some of our corporate functions as well, and the opportunities that it presents.

“The more we learn about the product, particularly the opportunities it provides in portfolio and program management, dashboard reporting and integration with other capabilities that we have, I think the future's there. We've just got to start to know more about it and start to unlock its potential.”

Kovacevic said that ServiceNow would also have a role in a program of work being undertaken called ‘connected services’.

Kovacevic said the connected services program would address three key challenges the agency faced into the future: its mindset, skills and services integration.

“When I talk about mindset, we've got new tools for jobs that we used to use old tools for,” Kovacevic said.

He said agency staff needed to adopt a mindset of embracing new tools and cloud services, and of moving faster in general.

“Let's get out of worrying about infrastructure,” he said.

“New platforms require staff to be upskilled in how to use the tool, how to embrace it and apply it to problems that we have currently,” he said.

“Whilst we're in the early journey of that, it's proving to be very successful with our connected services environment,” he said.

Kovacevic indicated he was confident that these challenges could be worked through “over the next months and years.”

As Covid-related travel restrictions came into effect, Home Affairs had to quickly stand up a series of portals to manage some of its activities in the period.

“In March of this year, the government response to Covid-19 was to restrict travel in and out of the country,” Kovacevic said.

“We run a lot of the systems at the airport. We had to slowly make adjustments to a lot of those systems.

“But we also needed a way to ensure safe travel back into Australia and out of Australia, and a lot of that was actually reliant on email and paper-based processing internally within the department, so we selected ServiceNow as a tool that could help us automate and rapidly deploy solutions, which we used [to establish] three portals.”

The agency has ServiceNow running in a protected-level cloud environment, and uses it to handle protected and unclassified-level information.

The first of the ServiceNow portals managed air and sea approvals; that is, the return of Australian citizens and permanent residents, New Zealand nationals that reside in Australia, as well as the movements of visiting non-citizens and transiting travellers.

“We stood that up in almost no time - and when I say no time, I mean we were given only weeks to put it together and to deploy it,” Kovacevic said.

The agency then stood up separate ServiceNow portals for a temporary visa repatriation service and to manage travel exemptions, the latter of which is “used extensively by the Australian Border Force”.

“Working with ServiceNow, we stood that up, and it really helped with a lot of the backlog and the manual processing,” Kovacevic said.

“Having a platform that we could leverage very quickly and in a secure format as well was essential.

“So there's a couple of examples where we used ServiceNow in a very, very short period of time to achieve some significant outcomes for the department and government.”

Kovacevic noted that other sub-agencies in the Home Affairs portfolio, including the Australian Federal Police (AFP) and the Australian Criminal Intelligence Commission (ACIC) are existing users of ServiceNow.

He said that in the future, Home Affairs may explore whether it can consolidate on a single portfolio instance of ServiceNow, rather than have separate instances for each portfolio agency.

“I think there's opportunity to work with our portfolio agencies like the ACIC and AFP, and rather than having separate instances, I think we could probably do something that's a little bit more integrated,” he said.

“I think that'll drive down cost and improve efficiency as well.”