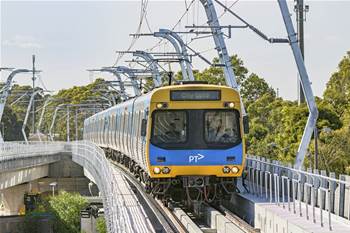 Victoria has begun trialling predictive modelling technology and passenger counting sensors on its public transport network that will give commuters real-time data on crowding.

The trial began on Tuesday, with a small group of around 50 public transport users expected to participate in the first phase across Melbourne trains and several bus routes.

It coincides with a redesign of the state’s PTV app that delivers more personalised functionality and VoiceOver and TalkBack capabilities for blind and low-vision passengers.

The Department of Transport said the trial will give passengers real-time information about "how busy their train, station or bus is” to help them comply with physical distancing.

The occupancy data will be collected by passenger counting sensors and predictive modelling technology, although the department did not elaborate on the technology involved.

Occupancy is calculated using carriage weight data that flows to Sydney Trains from in-built sensors under the axle of each train.

Data thresholds were altered earlier this year to allow commuters to practice physical distancing on carriages.

Victoria’s occupancy data trial is expected to expand in the coming months if the first phase is successful.