All the tech in the 2020 federal budget 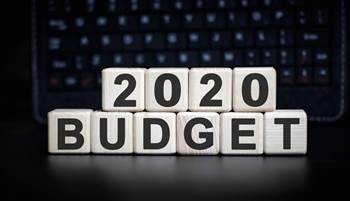 Hundreds of millions of dollars flows to IT.

Government agencies have scored funding for a range of projects in this year’s pandemic-dominated federal budget, with significant money flowing to all the usual suspects.

The centrepiece is a half a billion dollar investment for Services Australia to complete its massive Centrelink IT overhaul, which began more than five years ago.

The funding brings the project’s budget to more than $1.1 billion over nine years.

Services Australia also received $116.3 million for the second phase of its Medicare payments system modernisation, as well as funding to sustain and rebuild myGov.

Just under $97 million will be spent on the government’s once-in-a-generation overhaul of the Australian Electoral Commission’s 30-year-old election IT systems.

An undisclosed amount will also be spent on data storage at the Department of Home Affairs that will be shared with the agency responsible for the country’s My Health Record.

Budget documents also reveal $222 million for the first phase of IT system modernisation at the Department of Agriculture, Water and the Environment.

The modernisation, part of the government’s JobMaker Plan, will support “improved delivery of export regulatory services to agricultural exporters”.

This includes “ensuring the integrity of systems by mitigating export system outages and improving the cyber security of information”.

The Department of Education, Skills and Employment will receive $91.6 million over four years for a new apprenticeships data management system.

The system will “better support government service delivery through the operation of the Australian Apprenticeship Support Network and administration of apprenticeship programs”.

Just under $16 million will go towards improving the government’s ability to “identity, assess and address national security related issues for critical technologies”.

This will include creating a critical technologies policy coordination office in the Department of Prime Minister and Cabinet (PM&C) and an expanded role for Defence in assessing trends.

A portion of a $39.2 million PM&C package will also go towards new IT systems for the Office of the National Data Commissioner to regulate public sector data sharing and release.

The government will also provide $86.3 million over four years for a new IT platform to support its foreign investment reforms and to consolidated register of foreign ownership of Australian assets

That platform is expected to “support more effective and efficient foreign investment application processing and compliance activities, while the

Additionally, the government will also provide a portion of a $64.1 million Department of Veterans Affairs additional resourcing package to “commence scoping work” on data sharing and analytics.

The work will look at how Veterans Affairs and the Department of Defence can improve reporting capabilities to “provide better outcomes for service and former ADF personnel”.