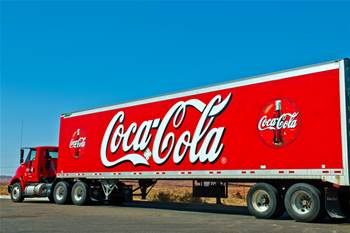 Digital solutions multinational CI&T has shown that WhatsApp Business can be a viable sales and relationship channel for small retailers.

The company built a bot for the WhatsApp Business platform that is dramatically increasing the sales contribution margin for small Coca-Cola retailers in Brazil.

Created in 20 days in 2019, the bot connects Coca-Cola with Brazilian retailers. It helps retailers resolve Coca-Cola refrigerator maintenance problems, makes it easier for them to ask for information and request duplicate slips, gives retailers more visibility of deliveries and provides many other functions.

It has resulted in a 22 percent increase in the sales contribution margin of retailers who buy through it, compared to the same period in 2018, when they were served by telesales.

Retailers using the platform are ordering on average three more types of products in each order. That has increased Coca Cola’s revenue from those retailers by 25 percent. It also has increased sales positivity from 65 percent to 90 percent.

It also has potential to increase engagement with retailers and remove friction in their dealings with Coca-Cola, while increasing Coca-Cola’s Net Promoter Score.

Small retailers’ familiarity with WhatsApp has helped them adapt to the new sales channel. It is expected there will be 40 thousand users of the new bot by the end of December 2019.

It also sees the technology promoting a change of mindset in Coca-Cola Brazil, by increasing focus on digital solutions that deliver better and unique user experiences.