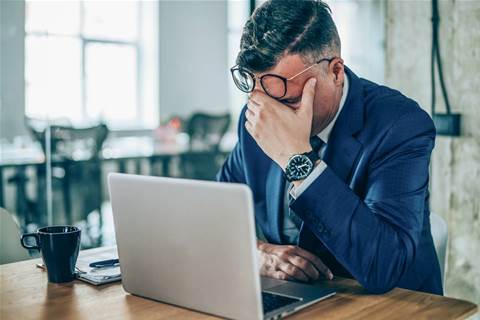 An investigation [pdf] by the Queensland Audit Office uncovered “significant issues” with the new S/4 HANA system after go-live in August 2019.

Some of the issues were technical or to do with the software's functionality, ultimately resulting in a re-platforming to improve performance; others were attributed the department's implementation and to a lack of user training.

The $135 million system replaced Queensland Health’s 22-year-old and out-of-support SAP ERP called the finance and materials management information system (FAMMIS), in all 16 hospitals and health services across the state and the department.

Problems with the S/4 HANA system emerged almost immediately after it went live, despite the department having delayed the rollout twice before at the cost of an extra $30 million.

The backlog was attributed to a range of issues.

The issues included that “invoice scanning software" had not been trained to recognise and capture key data from invoices “consistently and correctly”.

“As a result, staff had to manually check and record the correct information in the system, which delayed the payment of invoices," the audit found.

A large number of invoices - approximately 481,768 - were also rejected by the system “as being duplicate, in invalid file format or non-invoice documents” in the first weeks after go-live.

This was largely due to “not all vendors [choosing] to format their invoices in the required manner”, and also to vendors filing multiple copies of the same invoices to different places in the hope of improving their chances of being paid on time.

Other issues included “workflows in the system not operating as expected” at go-live for 14 of the 16 hospitals and health services (HHSs), six of which were still experiencing issues at the end of the system’s “hypercare and transition periods”.

Hypercare refers to a period of "elevated system support" that ran between August and November 2019.

This was exacerbated by problems with the delegations of authority - effectively which staff were authorised to approve transactions - that were uploaded to the system.

“Delegation data errors and low user training resulted in ineffective workflows, which increased the risk of fraud and errors not being detected early in the system, and the risk of delays and duplications,” the audit said.

Staff also struggled with new system processes, including how the new system measured quantity, causing “delays or errors in ordering” while others bypassed the system altogether using manual workarounds.

"When HHSs placed an order for ‘1 EA’ gloves, the system tried to deliver a single glove when the HHS expected a box of 100."

Some HHSs placed direct orders with suppliers to bypass the issues, "despite warehouse stock being available for order.

One reason HHSs encountered usability problems is that just 10 days from the launch, only 39 percent of users had completed training in the new system.

The audit also found that not all recommendations made in the final independent review of the system were implemented. Only 7 of the 12 implemented just days out from the launch in August 2019.

The system issues resulted in unexpected costs, with 12 HHSs reported to have spent an additional “$3.1 million managing post go-live issues”, including by hiring additional staff or consultants.

On eight occasions, staff were unable to access the system.

“Staff lost productivity while they waited for the system to become available or operate at optimal speeds. This has the potential to hold up other areas of the business due to the integrated nature of Queensland Health,” the audit said.

In March, the department re-platformed the S/4 HANA system to “double its memory and processing capability”, which is reported to have “resolved the ongoing performance issues with the system”.

Each Queensland Health entity is individually set up in S/4 HANA.

The auditor found some issues with controls in the SAP system, including incorrectly assigned user privileges.

In addition, the system was “not locked ... into production mode. This technically opened the system to risks of unintentional manipulation or deletion of data by users, though that risk was ultimately deemed "low" following an investigation.

The department fixed this issue shortly after being notified by the auditor.

The system has also led to increased purchasing power and better demand management, which will only be improved further with the department’s new S/4 HANA business integration project.

The project, which began in November 2019, is expected to “design and implement changes to processes and practices that optimise the use of S/4 HANA and better meet Queensland Health’s needs”.

“However, this project would not have needed to address residual risks and issues to the extent that it did, if the change management and pre go-live activities (such as improving configuration data) had identified and mitigated the key delivery risks earlier.”

The auditor has recommended Queensland Health and HHSs redesign its project governance and accountability frameworks to “ensure unequivocal accountability for project delivery”.