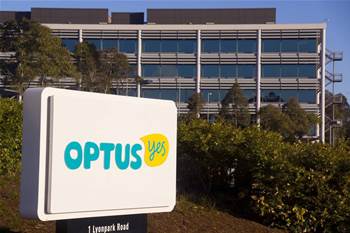 Optus is effectively humanising the 150 software bots it now uses to automate either parts of or complete processes in 10 business units, from giving the bots names to incorporating their needs into change planning.

The telco is now in its fourth year of implementing robotic process automation, and has steadily increased its internal maturity and capability in the space.

Associate director of digital, service and automation, Ruth Santangelo, told UiPath’s recent Hyperautomation 2020 conference that the bots are effectively integrated into teams and their needs taken into account in internal decision-making.

Santangelo said teams were encouraged to “name the bots, as well as [to get] the bots to ‘report’ to them so they feel like there's a junior member of the team now helping them with their everyday work.”

By effectively humanising the bots - Optus has previously referred to them as ‘virtual employees’ - the telco also found the bots’ needs were considered as internal system changes were made.

“Just like human workers, [bots] break, they decide to go sick sometimes, and it tends to be the change management aspect,” Santangelo said.

“There are going to be changes upstream and downstream, not just to business processes but also to IT systems or applications, and when these changes happen, you need the team thinking about the impact not just to people but to the bots as well.

“You want to keep getting the benefit that you originally got [from the bots by keeping] them working.

“Thinking of the bots as part of your team and how things impact them makes all the difference.”

Still, Santangelo noted that there would still need to be a strong maintenance regime in place in order to keep software bots working and optimised.

“Be prepared to maintain those bots and to look after them,” she counselled. “I see ‘digital workforces’ as the way of the future.”

Optus has a robotics operations centre or ROC that, in part, helps it to stay on top of bot maintenance.

However, Santangelo said the telco had also worked hard to build resiliency into bots from outset, potentially reducing the need for intensive maintenance further down the track.

“A lot of people look [only] at the ‘happy path’ of the process [being automated] and what happens when all the steps are correct and all the expected outcomes or results are there,” Santangelo said.

“When we look at creating a bot and testing the bot, or what I call training the bot before it goes live, we look at the exception scenarios and ‘unhappy paths’.

“If you build in ways of handling those, then you actually have less maintenance and support required because there's actions that can be taken or proactively taken when you hit the unhappy path.

“But when you only have a small amount, if you build in exception scenarios, then it's not as hard to maintain them.”

Staff in the different business units that have live bots can also access real-time dashboards that display the bots’ performance.

“We're up to about 150 bots but it's actually more about the processes: how many processes can you run with a bot?” she said.

“Think of it like how many tasks or jobs a person can do in one day. If you can have that and you can expand that across a bot that runs 24x7, how many tasks can you get the bot to do?”

Ideally, Santangelo said that Optus chased a “trifecta” of benefits when deploying software bots; it hopes they increase revenue, reduce costs and help to do things faster.

She said business units typically worked closely with Optus IT to make sure the bots are set up in a way that maximises their chances of success.

“We look at the process and look at optimising it with a bot in mind because it can be different for a bot to automate or optimise a process for the bot than for a human,” Santangelo said.

“Sometimes the process to optimise [a process] for a bot may actually make it longer in steps but more efficient for a bot.”