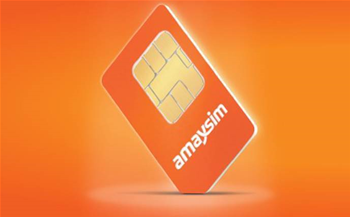 Amaysim is testing the market for its next network services agreement as its current wholesale arrangement with Optus comes up for expiry in mid-2022.

The mobile virtual network operator said it had “launched a competitive tender for wholesale mobile network services” to apply after its Optus deal expires on June 30 2022.

“This is a critical strategic milestone and presents an opportunity for Amaysim to generate shareholder value through new and improved terms for the provision of wholesale network services, which will support the future growth and performance of mobile,” the operator said in a financial filing.

“This work stream is progressing well and Amaysim looks forward to selecting a preferred network partner in the near term.”

Amaysim said it is working with financial adviser Luminis Partners and legal adviser King & Wood Mallesons on the new deal.

Its total mobile subscriber base at the end of June was 1.18 million; the company added around 7000 subscribers a month organically, and a further 115,000 via the acquisitions of Jeenee Mobile and OVO Mobile.

“The lower ARPU can be attributed to fewer data top-ups given increased plan inclusions, which has reduced our reliance on excess revenue,” Amaysim said in a financial filing.

“We have now weaned our business off any future reliance on revenue attributable to excess usage.”

Some of Amaysim’s acquired customer bases also come with a lower spend.

“The acquisition of Jeenee also had a negative impact on ARPU, as its subscribers have a lower ARPU compared to the group's existing recurring mobile subscriber ARPU,” the MVNO said.

“OVO Mobile subscribers were acquired in June 2020 and as such did not have a significant impact on ARPU in FY20, however, they too have a lower ARPU than our average recurring subscriber.”

Amaysim also said it is divesting its energy business to AGL for an all cash consideration of $115 million.

“The sale removes the risks associated with ongoing exposure to a challenging and changing regulatory environment and an impending rise in bad debt as a result of COVID-19,” the operator said.

“It also provides additional capital to invest in further driving the growth of mobile.”