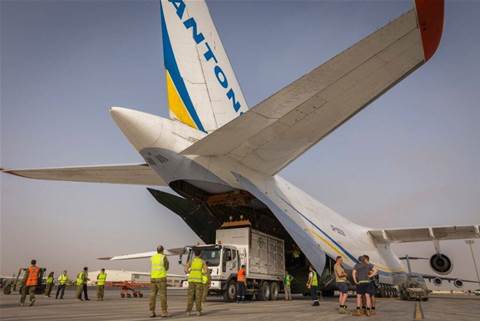 Four self-contained units to be built.

Canberra-based company Datapod has scored a $20 million deal to provide the Department of Defence with portable data centres that can be rapidly deployed by sea, air or road.

It builds on a previous $7 million deal with Datapod that dates back to October 2018. The company first provided modular data centres to Defence in 2016.

The data centres are likely to be used to support Defence’s deployed IT environments, including military and training operations on land, air and at sea and fixed location garrison sites.

Defence Minister Linda Reynolds said the data centres could be “scaled for different needs, and are interoperable with a range of potential and emerging technologies and platforms”.

“Our Defence Force needs to be agile and responsive to the evolving threats we face,” she said announcing the contract.

“This investment recognises the need to have assets that can be deployed and re-deployed to meet operational needs, without unnecessary delays caused by constructing facilities with a long lead time.”

“It has previously supplied data centres integrated into Defence’s existing and planned operational platforms and Information and Communications Technology equipment,” she said.

Price said the deal would provide “job security for Datapod’s core workforce of 27 people, and a further 80 manufacturing sub‑contractors across Australia”.