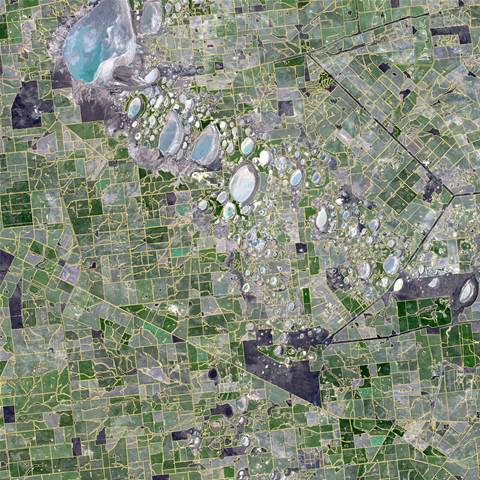 Finds paddock boundaries so farmers don't have to.

The CSIRO has developed a new artificial intelligence tool that allows farmers to automatically pinpoint the boundaries of 1.7 million grain paddocks in Australia.

The tool, dubbed ePaddocks, has been built by the peak science and research organisation to help those in the agricultural sector avoid mapping paddock boundaries manually.

Unlike property boundaries, which are contained in council or title records, paddock boundaries aren’t documented.

Instead, farm management software requires that users draw in the boundaries for every digital service used such as satellite-assisted fertiliser application or crop growth monitoring.

Using a deep neural network and algorithms, ePaddocks can identify paddock boundaries for each growing season, without identifying a particular property or landowner.

"The satellite images we use, although publicly available, are cumbersome to download, store and analyse by the average person," remote sensing specialist Dr Franz Waldner said

"So we apply our deep neural network and algorithms to produce the paddock boundaries based on vegetation signatures and land features.

"Our method only needs one satellite image taken at any point in the growing season to distinguish the boundaries.

“It relies on data driven processes and decisions rather than assumptions about what’s on the ground.”

Waldner said the methods used in ePaddocks would “set the standard for similar geo-spatial products”.

“Paddock boundaries have been highly sought after in the digital agriculture world for a little while now, but we’ve tackled it over the past year or so with new technologies and solved it,” he said.

Experts from across the CSIRO, including agronomy, satellite imagery, data science, software engineering and innovation, came together to develop the product, the agency said.