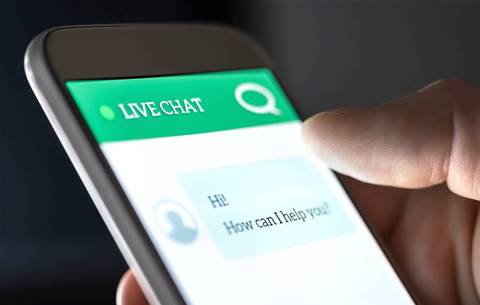 Services Australia saw a 600 percent surge in the use of its Microsoft Cortana-powered digital assistants during the height of the pandemic’s first wave earlier this year.

“We had five million digital assistant inquiries for people who are using our web services, but needed a specific question and responded through that process,” he said last month.

“That was an increase of 600 percent of usage through that digital assistant platform.”

Wolfe didn’t indicate which of Services Australia’s three externally facing chatbots saw the surge in use, though it is likely either ‘Charles’ or ‘Sam’ - or both.

Services Australia also has another external facing chatbot called Oliver, which is used for student claims through myGov.

In their first two years of operation, Sam and Oliver answered more than two million questions - less than half the five million inquiries said to have taken place in just weeks earlier this year.

The increase in the use of chatbots coincided with the surge in demand for welfare services through myGov, which crashed in the wake of a coronavirus induced economic slowdown.

The portal was subsequently upgraded from its to support a greater number of concurrent users, first to 150,000 and then 300,000.

But Wolfe said that there were occasions when as many as two million users were accessing the portal each day.

“On any given day, we did actually see times where we saw 2 million users - not concurrently, but across the day - who were accessing our services through the myGov portal,” he said.

There were also “100 million website views within a five week period”, which Services Australia has previously said amounted to a 650 percent traffic spike.

In preparation for this, the agency had worked closely with the team behind the Government websites using the hosting and content management system GovCMS to increase capacity.

Wolfe said the volumes and customer demands meant that Services Australia had to be agile in its response, even where there was no historical data to make evidence-based decisions.

“Obviously, the COVID experience was particularly challenging in that it was unprecedented,” he said.

“Services Australia is in a position where we quite often support the citizens of Australia in times of need and during times of crisis, in such events such as flooding or bushfires etc.

“But we've never seen a situation like this before."