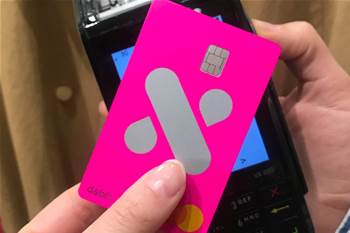 Ahead of lending push.

The digital bank revealed its take-up of the service connectivity platform, Kong Enterprise, on Thursday to help it "manage all external-facing API traffic and help handle continued traffic growth".

The platform, which will power Xinja's “microservices-driven mobile banking platform” and allow it to quickly develop new products and services, is described “as the nervous system of the cloud” aimed at simplifying API and microservices management across clouds.

Xinja said by using Kong Enterprise it would be able to “more effectively connect, secure and manage all of its APIs and services, while ensuring architectural flexibility and scalability as the company continues to grow”.

Having amassed more than 25,000 customers since its launch three years ago, many of which have been usurped from bricks-and-mortar banks, Xinja is now looking beyond traditional banking products to personal loans and homes, and more recently, share trading.

The bank said the lending platform, which while still in development is expected to be released in the coming months, will “see the first introduction of Kong into Xinja’s infrastructure”.

“Our lending origination partner needed us to expose our APIs in a way that was secure and compliant with OIDC [OpenID Connect] standards,” Xinja co-founder and head of architecture Rohan Sharp said.

“This was easy with Kong; not only could we comply with industry standards, but we could protect our APIs and internal landscape quickly and with low risk – while minimising impacts on Xinja’s existing infrastructure.”

The platform, which is also used by other Australian financial institutions like NAB, will allow Xinja to “open up its APIs in an efficient, rapid and scalable way” to both expose services and help the team to “structure and secure the APIs”.

Kong Enterprise also offers third-party developers an easy way to access the bank’s APIs through a public-facing developer portal, which Xinja said would be crucial “as the industry moves towards open banking and more third-party start to engage”.

Sharp said that because Kong’s platform was cloud- and Kubernetes-native, it made sense for Xinja as the neobank's “technology is built on microservices using containerised and serverless deployments”.

“It sits well in our technology stack as a containerised service deployable in our environment, making it easy to manage and deploy, just like any of our other services on Xinja’s platform,” he said.

“Most importantly, Kong enables us to innovate at the highest level and bring modern banking to Australia.”