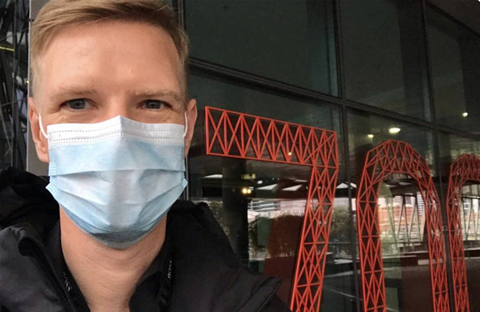 Bank to split his former role in two.

Rasmussen was a high-profile hire for the bank back in early 2017, lured from a similar role at Shell where he built and led the company’s global HR data and analytics portfolio.

He spent his first year at NAB championing 'people analytics', a discipline that combines “analytics, employee experience and HR technology”, which is seen as a path to make customers happy and grow shareholder value.

Rasmussen was the general manager of people analytics at NAB up until the end of last year, at which point he took a broader executive general manager (EGM) role covering workforce strategy, digital and experience.

“Thank you to my friends in Australia for 3.5 fantastic years,” he said. “Excited to join Vestas after our move back to Denmark - so much to learn about wind.”

Vestas is a Danish producer of wind turbines. It is understood he has accepted a senior HR position at the company.

It is understood that the bank will not seek a direct replacement.

Rather, Rasmussen’s current EGM role will be restructured and split into two delivery-focused roles: an executive for ‘colleague strategy, transformation and enablement’ and an executive for ‘digital experience’.

Much of Rasmussen’s and his team’s work only came to light earlier this year when it was publicly profiled.

The main part of the work saw NAB apply analytics to benefit its 40,000-strong workforce, using data and insights to identify high-performing individuals, teams and branches, and find ways to replicate that success at scale.

The same team used Outlook metadata to understand how work patterns and workloads of different teams were changing as most of the bank worked from home due to COVID-19 restrictions.

This would likely have been a key input into the bank’s planning for the gradual return of staff to its offices.