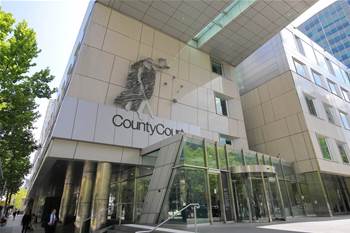 A former deputy secretary at Victoria’s Education department has been sentenced to 300 hours community service for his role in the state's failed Ultranet school learning project.

Darrell Fraser was convicted of obtaining financial advantage by deception and misconduct in public office at Melbourne’s County Court on Friday after pleading guilty to the charges in April.

It comes more than two years after the Independent Broad-based Commission Against Corruption (IBAC) laid charges against Fraser, as well as two other former executives, in relation to Ultranet.

The charges stemmed from the corruption watchdog’s Operation Dunham investigation into the procurement process behind the now infamous project, which it labelled corrupt in early 2017.

Ultranet was an Oracle-based online learning system and intranet built for the state’s public schools by CSG between 2006 and 2010 in a bid to make life easier for students and parents.

But when it was tested with teachers during a pupil-free professional development day in 2010 it immediately crashed and was ultimately dumped after a review by the state’s auditor.

The IBAC investigation that followed uncovered a network of education officials and salespeople that used the project as a testbed to commercialise the software and licence it globally.

It also found the project could have cost anywhere between $127 million and $240 million – more than double its original budget of $60.5 million when the project was first launched in 2006.

Fraser's charges relate to the decision to award a $1 million contract to CSG for the review of several IT projects, including Ultranet, which he first admitted to the corruption watchdog in 2016.

The Ultranet’s project owner, who accepted a job with CSG in 2011, told IBAC in 2016 that he intentionally hiding the payment to CSG via a third-party company called Alliance Recruitment.

While a custodial sentence had already been ruled out, County Court Judge Martine March sentenced Fraser to a two-year Community Correction Order on Friday.

The sentence for his involvement in the fraud includes 300 hours of community service.