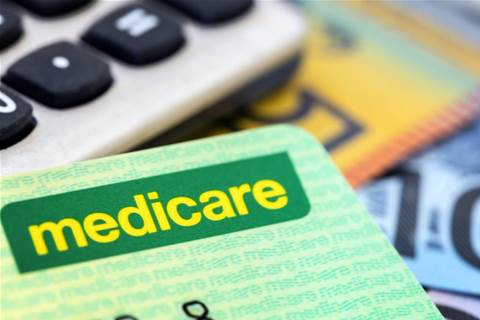 Pegasystems platform to be utilised across Services Australia.

The payments calculation engine currently being developed by Infosys to work out the eligibility of Centrelink recipients looks set to replace the country’s legacy Medicare payments system.

It ends two years of uncertainty over the future of the legacy Medicare payments processing system that began when the government dumped its procurement of a cloud-based replacement.

It comprises 200 separate applications and 90 different databases, making changes to its underlying code base difficult and resource intensive, especially when events like COVID-19 arise.

More than 600 million payments worth in excess of $50 billion each year are delivered through the system each year.

Since dumping the procurement, the government has been bleeding money trying to keep the existing system online. Back in 2016, the system's predicted end-of-life was 2020.

The latest funding injection was last December, when the government allocated $37 million to Services Australia to perform “essential” maintenance on the system.

But the government appears to have now found a replacement for calculation component of the system, with Robert confirming that Centrelink’s ECE will also serve Medicare.

The ECE, which Infosys won the contract for last year, will be used for the complex task of deciding how much to pay to welfare recipients through the Centrelink payments platform.

While still in the final stages of testing, Services Australia has already confirmed the Centrelink payment’s platform will be used to support Medicare and Child Support payments.

Robert said the ECE, which is being built on a Pegasystems platform, was an example of where government could “buy, build or develop once and use many times”.

“Given the tried and tested scalability of the platform, the government will also be able to re-use the platform in other areas that require similar functionality,” he said.

Robert said this would start with calculating aged care payments, before “expanding to other initiatives such as veterans income support and the modernisation of our health systems”.

“This is saving taxpayers’ enormous amounts of money, increasingly the speed of implementation and removing friction for customers across government,” he said.

It comes as the government continues to map its current IT capabilities to identify and invest in “the strategic platforms and technologies” necessary for a whole-of-government architecture.

“We are methodically and purposefully building the architectural blocks that will sustain the future of delivering services to all Australians,” Robert said.

“Leveraging our investment in major transformation programs is delivering reusable technology components to reduce cost and complexity while speeding up delivering.”

One of these will be a new “whole-of-government permissions and permits platform”, which effectively replaces the government’s failed visa processing platform outsourcing project.

Robert said the platform will “deliver a modern visas and permits processing capability as a priority”, building on previous work undertaken by the Department of Home Affairs.

“This project, run by the Digital Transformation Agency and reporting to me, is a government priority,” he said.

GOVDXP, which has a current build price of $23 million, is tipped to eventually replace myGov with a single, tailored view of a citizen’s interactions with the government.

The platform reached beta last month, though it is yet to become the “one front door for government” that the government promises it to be.

The government is similarly continuing to develop a common set of API standards.

By adopting common platforms, the government will be able to make better use of the “significant amount of money spent across all tiers of government on technology”, Robert said.

At the federal level, this is approximately $10 billion each year, while Australia’s most populous states are now spending more than $3 billion on government technology each year.

“We currently have to seek hardware and software providers, system integrators, consultants and advisers in separate approaches to market in order to get the end-to-end capabilities we need to deliver a platform,” Robert said.

“It takes a lot of time, money and effort on all sides to do this.

“Going forward, I want to see these providers come together and work collaboratively. I want to see effective solutions that ensure better collaboration, clear accountability for delivery and better value for money.

“If we are to spend hundreds of millions on certain platforms or technologies, these platforms should be scalable or repeatable across government so we can achieve that vision of simple helpful government services.

“The Commonwealth is ready to play a leadership role in this, initiating procurement reforms that will enable the private sector to work collaboratively to delivery whole-of-government and potentially whole-of-nation platforms.”