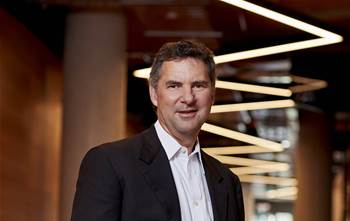 Will lead national science organisation for another three years.

The Commonwealth Scientific and Industrial Research Organisation has reappointed Dr Larry Marshall as its chief executive for another three years.

David Thodey, chair of the CSIRO board, commended the growth and development of the agency since Marshall joined in 2015.

"Over the last five years, Larry's leadership of CSIRO has seen our impact on Australia grow," Thodey said.

"We have seen significant progress across a number of areas including: growth in economic benefit for Australia from CSIRO's science; a ten-fold increase in CSIRO's equity portfolio; a capable and engaged team of scientists and researchers committed to serving our nation; and the highest number of partnerships with industry for 30 years."

His most recent role before joining the national science agency was as managing director of Southern Cross Venture Partners, a venture capital firm specialising in helping Australian technology companies expand into Asian and North American markets.

Marshall's original appointment was only for a year, but he was reappointed for another two-and-a-half years in 2017.

During his tenure at the organisation, Marshall introduced CSIRO's Strategy 2020 with the focus on continued scientific excellence and strengthening the translation from research into tangible benefits for industry and the public.

Minister for Industry, Science and Technology Karen Andrews thanked Marshall for his work at the agency, acknowledging CSIRO's recent work in the wake of successive crises.

"The role of science and the work of the national science and industrial research agency has never been more crucial after the summer of bushfires and during the COVID-19 pandemic," Andrews said.

"I look forward to continuing to work with Dr Marshall across a range of important areas of science and industry research which will benefit all Australians."

Thodey thanked Marshall and CSIRO's 5500 staff on behalf of the board for their achievements over the past five years.

"Under Larry's leadership, our vision for the future of CSIRO will ensure our world-class scientific and research organisation continues to make an impact.

"We are delighted that Larry has agreed to lead the organisation in the next chapter of its history."

Marshall said it is a privilege to lead an organisation "trusted by so many Australians".

"While we have achieved much, there is more to deliver as we emerge from the current crisis.

"Our focus on delivering real solutions from science will help Australia grow to even greater strengths, just as we have seen before over CSIRO's 100-year legacy."