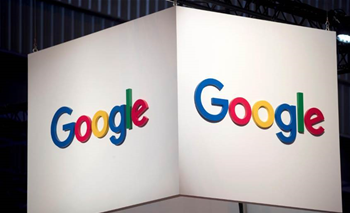 Claims "substantial volumes" of its technology used without permission.

Google filed a lawsuit accusing home speaker maker Sonos of infringing five of its patents, escalating tensions between the partners that have already led to a US International Trade Commission probe.

In a complaint filed on Thursday in San Francisco federal court, Google accused Sonos of using “substantial volumes” of its technology without permission for several products, including controller apps and its Sonos Radio service.

The lawsuit came five months after Sonos sued Google for infringing five other patents, and four months after the ITC said it began investigating Sonos’ complaint about audio players and controllers from Google, a unit of Alphabet.

“Sonos has made false claims about the companies’ shared work and Google’s technology,” Google said.

“While Google rarely sues other companies for patent infringement, it must assert its intellectual property rights here.”

“Google has chosen to use their size and breadth to try and find areas in which they can retaliate,” and rather than pay what it owes, it has “turned to strong arm tactics the robber barons of old would have applauded,” Spence said in a statement.

Sonos is based in Santa Barbara, California, and Alphabet in Mountain View, California.

In its lawsuit, Sonos accused Google of selling infringing products at cheaper prices, to fuel its strategy of extracting more user data to expand its advertising and search services.

Google countered it was Sonos that repeatedly sought help during their years of partnership, and it eventually integrated Sonos products with its Play Music service and Google Assistant software.

The ITC sometimes bans importing products into the United States that infringe US patents.

Some Sonos speakers use voice assistance technology from Google and Amazon.