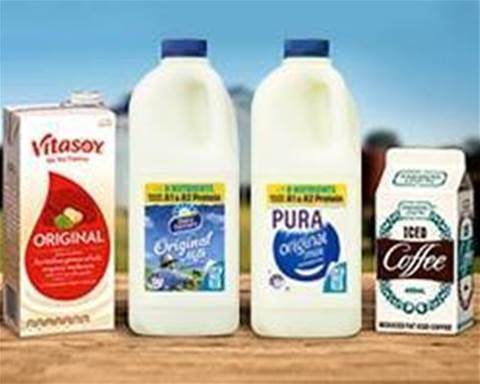 Beverage maker Lion had its Tasmanian customers try to place dairy orders with a Sydney-based cybersecurity consultancy after publishing the wrong phone number for customer service following a cyber attack.

The error was corrected by Tuesday night, but not before Cliffside Security spent the day fielding drink orders in addition to its usual sales calls.

“Today the strangest thing happened. From what I understand, a dairy company got hacked, and their systems went offline, so they updated their website with phone numbers for orders, and the last phone number is our Cliffside Security sales number (a mistake on their side),” Cliffside Security’s Director and Principal Consultant Adriano Leite said.

“So our number has been ringing the whole day, because of a hack (as usual) but now we're getting milk orders instead.”

Cliffside Security’s phone number was included in a placeholder image on the customer portal for Lion’s Australian dairy and drinks business.

“Customers looking to place an order are asked to please call the below numbers and place their order via a recorded voicemail system,” Lion said on its website.

Leite told iTnews that he received about 85 calls “and the same amount of voicemails” from Lion customers trying to place dairy and drinks orders, with calls continuing to come in.

Lion shut down its IT systems after what it publicly described as a “cyber incident” - though on its customer portal, the company made clear it had suffered an “attack”.

“We shut down our systems immediately as a precaution, and as a result we are experiencing disruption to some of our systems and we are unable to process your order via the portal right now,” it said.

“While there is no evidence to date of any data breaches, our priority is protecting our customers, suppliers, and people.

“We are now in the process of restoring our systems with our team of experts, but there will be ongoing disruption to customer services while we safely bring everything back online.”

Tests by iTnews on Tuesday night showed only one of Lion’s three customer portals was online.

Its NZ customer portal had been replaced with a “maintenance” message, while the Australian dairy and drinks customer portal carried a “cyber attack” notification (along with the phone number snafu).

The portal used by Australian beer customers to place orders appeared to be functioning normally.

The company, which is home to brands like XXXX, Toohey’s, Hahn, James Boag, Dairy Farmers, Daily Juice and Yoplait, has not yet publicly disclosed the nature or extent of the attack.

However, it is reported to have disrupted manufacturing operations, in addition to customer orders.