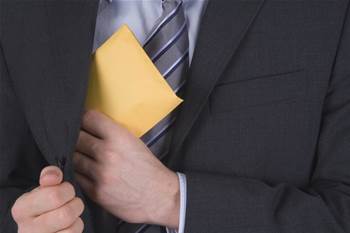 Victoria's anti-corruption corruption watchdog has found a former Department of Education and Training contractor misused his position when almost $14 million-worth of work was sourced from a company he owned over more than a decade.

It is the latest incident of “serious corruption conduct” to be investigated at the department in recent years, and follows the 2014 Ultranet scandal that saw senior officials and software salespeople use the project as a testbed for software commercialisation.

The investigation probed allegations the project manager used his position in the department’s IT division to provide almost $14 million in “contracted staffing resources” to an IT consultancy he owned between 2003 and 2016.

It spawned from an internal audit by the department into a possible overspend on its Edugate extension project, which the project manager had provided resources for, and a separate complaint, both of which occurred in 2016.

IBAC found the project manager, who had worked in various IT management roles in the department over more than a decade and was known as the "go-to-guy" by his managers, misused his position to “further his private business interests”.

“This involved misusing departmental information, influencing processes for procuring contracted staffing services, and circumventing those processes to obtain an unfair advantage over other IT contractor suppliers,” the report states.

The lack of available evidence meant that the commission was unable to secure criminal charges.

While it was unable to substantiate allegations around a failure to declare a conflict of interest in the company, IBAC did find that the project manager failed to manage his conflicts of interest.

“When situations arose where there was an actual, potential or perceived conflict of interest, he did not further disclose his interest with Company A,” the report states.

“This meant departmental staff responsible for procurement were unaware of the potential risks the project manager’s conflicts of interest presented and were unable to manage those risks.”

The commission said the contractor failed to document his conflict of interest or comply with a verbal agreement with IT division members not to source contractors from his company for projects he was responsible for or influence the engagement process.

“The project manager subsequently worked alongside Company A contractors on departmental projects in breach of his verbal agreement,” the report states.

“He used his position to influence the contractual relationship between Company A and the department.”

The report is also scathing of the department, which it said “failed to detect and prevent the project manager’s activities”, despite having developed policies, systems and controls to manage such issues.

“Managers in the public sector have a responsibility to develop effective strategies to manage conflicts of interest and to monitor these conflicts to ensure the integrity of processes, including procurement and recruitment, is not undermined,” the report said.

“IBAC’s investigation identified that the project manager’s supervisors at the department did not consistently do this.

“The failures of supervisors at the Department to effectively address the project manager’s clear conflict of interest constituted a significant institutional failing.

“Had these supervisors developed and implemented a plan to manage the Project Manager’s conflict of interest, he would not have been able to improperly influence the Department’s procurement processes for his own benefit.”

Some of this stemmed from poor record keeping when suspicions were raised about the project management, as well as a failure to respond to complaints, which IBAC described as “missed opportunities to effectively deal with the project manager’s conflict of interest”.

The department - like many other other government agencies - was also found to have a "culture of relying on IT consultants", which were "hired on a temporary basis under tight timeframes within a busy a demanding environment".

"Within this environment, managers did not always take the time to follow the proper process by developing a business case and using the eServices Register to contract for the delivery of specific IT projects," the report states.

"IT contractors often had their contracts repeatedly renewed. It was not uncommon for individuals to be contracted for more than five years."

IBAC commissioner Robert Redlich QC said the investigation “exposed significant organisational failing in how conflicts of interest were managed by the department”, and was a “timely alert” for other agencies.

He said the actions of the project manager were enabled by the department supervisors, who failed to “properly manage the conflict of interest” and allowed the him to “bypass proper processes in order to obtain an unfair advantage for his company”.

“Operation Betka found the failures of those supervising this project manager were striking,” he said.

“Managers were aware of the project manager’s conflict of interest yet they failed to take meaningful steps to remove that conflict or to effectively manage his conduct.”

"The project manager was able to improperly influence the Department's procurement processes for his own benefit over an extended period.

“This could have been avoided had his supervisors implemented and enforced a plan to manage his conflict of interest, as they should have done.

“Those in positions of management and supervision are obligated to ensure compliance with all public sector processes and standards.

“They must always be vigilant in addressing circumstances where conflicts of interest are likely to arise.”

IBAC said the department has since “taken steps to strengthen how conflicts of interest are identified, recorded and managed” by refreshing its conflict of interest framework and introducing a central register.

It has also made a series of other recommendations for the department to improve the detection and management conflict of interest and strengthen procurement and recruitment processes.

The department is required to report back to IBAC by November 2020.