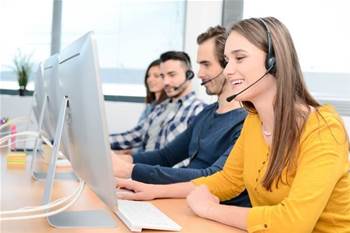 Says work helped it stand up temporary ops during pandemic.

Optus has spent the past three years setting common standards and metrics across its offshore contact centre operations in India and the Philippines, leaning on data and analytics to get the sizable project done.

It sets standards that cover everything from recruitment and training to how well agents serve Optus’ customers.

Paul said the program had been instrumental in helping the telco lift its net promoter scores (NPS), and that in turn had led to recent recognition, including a CXPA global innovation award.

“Over three years of work, working with our partners, we’ve put in place very strong standards and  we've been able to shift the NPS up significantly,” he said.

“I think that's what the award was: it was recognition of that program and also the use of analytics and a very strong data regime to get some pretty good outcomes for us.”

While BPOs might ordinarily be expected to share data about their agents and the handling of calls, standards are likely to vary substantially between different operators, and the recourse for action isn’t always clear.

“The challenge for us has been trying to get them to a common standard, particularly in the measurement because each one may measure things slightly differently,” Paul said.

“One of the challenges with a BPO is that they will give you the data, and say, 'Our agent attrition rate is x' and we might respond, 'That looks a bit high, what are you going to do about it?'

“Whereas we actually have them on a regular dashboard now where we're tracking their performance we're getting real data from them.”

Paul said the program produced more of a “partnership” with the outsourcers, who could also contribute to “joint ideation processes around how we can lift quality on a regular basis”.

The system offered data insights “about every person in the ecosystem”, Paul said. It also offered aggregate views of the data at a site level, country level, and vendor level.

“Now we can basically benchmark performance across every site and every vendor, and it's consistent,” Paul said.

“We now know where to focus our time and attention as well.”

Optus said it looks at how many offshore agents pass probation and training, take unauthorised leave or drop out of the recruitment system entirely.

For those that stay on, Optus is interested in how they're performing on the job.

“Then, at the team leader level, we're looking at how many coaching sessions they're doing to make sure that they're sitting down with each of their team members and coaching them through processes.

So we're tracking the nature of coaching interventions.

“We're also looking at the outlier agent experiences. We can look at how many people are sending off too many transfers or not being able to contain a call.”

Optus’ standards team took data inputs directly from the BPOs but also some of the systems they used, such as interactive voice response (IVR).

From there, the data is modelled and a “quality score” deduced for each standardised metric.

Paul said the telco is using Tableau as part of the platform, though it also surfaced the data in other applications including PowerPoint.

The three-year program saw standards and metrics set in the first year. In the second year, Optus asked its BPO partners to “lean in” to the program, and that meant the telco “started to see a big ramp in terms of our quality levels increasing”.

“Year three was about optimisation,” he said.

“We had the fundamentals in place, and we then leaned into certain areas that were a bit problematic.”

In recent months, Optus has had to relax some of the standards as part of its response to COVID-19.

Like other telcos, Optus was hit hard by lockdowns in India and the Philippines, and had to quickly stand up local operations to cover the shortfall in agent capacity left by the BPOs being unable to operate as before.

Paul said that understanding the standards and metrics had helped Optus to get temporary local agents up to speed more quickly.

“One of the good things about this program is we've been able to look at the learnings it's given us to accelerate how we can ramp up a sizable workforce onshore in Australia, with the loss of some of those teams offshore,” he said.

“Leveraging these standards has enabled us to try to figure out how we could quickly accelerate bringing new headcount into our business and also training our retail people to be able to take a much wider call set as we lost some of that offshore workforce.

“We've had to let go some of the standards because we are obviously dealing with a brand new workforce, but we've picked up the key themes where we can to accelerate getting them up to competency so they can help us recover from the challenges we've had.”