Queensland next to upload photos to national face matching database 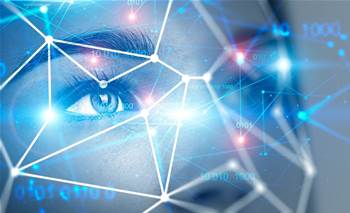 Will join Victoria, SA and Tasmania.

Queensland will become the next state or territory to share driver’s licence information with the federal government’s controversial national facial biometrics matching database, the Department of Home Affairs has revealed.

In answers to questions on notice from senate estimates, the department said the sunshine state would become the fourth jurisdiction to upload data to the National Driver Licence Facial Recognition Solution (NDLFRS).

It will join Victoria, South Australia and Tasmania, which uploaded their driver’s licence details and photographs to the system in December 2018, August 2019 and December 2019, respectively.

Remaining states and territories, including Western Australia, NSW, the ACT and the NT, will “follow over the next 18 months”, Home Affairs said in response to questions from Greens senator Nick McKim.

All state and territory government leaders agreed to establish the NDLFRS in October 2017 to replace current image-based identification methods, which are considered slow and often involve manual intervention.

The system, which is managed by the Department of Home Affairs and remains non-operational, will allow law enforcement agencies to share and access identity information in real-time.

It will store “biometric templates created from facial images provided by states and territories centrally”, with each state to retain control over their set of images and identity information within NDLFRS.

As at mid-March, Home Affairs said that almost 7 million driver licenses were now in  the system, including 5.2 million from Victoria and 1.3 million from SA. In the case of Tasmania, the information was uploaded in a single batch.

However, the department said the photos are yet to be accessed for the purposes of face matching, likely due to the Commonwealth laws that are currently stalled in Parliament after being rejected by a bipartisan parliamentary committee.

Home Affairs has also revealed that a “small number” of federal and state agencies are currently trialing “the face matching services against visa, citizenship and passport images”.

The department said trials are occuring in accordance with the Privacy Act and other “relevant Commonwealth and state laws which permit this information sharing”. Some states, including Queensland, have passed laws to enable participation in the NDLFRS.

One such agency trialing the services is Services Australia, which has been using face verification services to provide service to people who have been affected by the recent bushfires in SA and Victoria

“Let's assume that they lost everything in a house fire, came in to Services Australia and said, 'I've lost everything’,” Deputy Secretary Infrastructure, Transport Security and Customs Group Paul Grigson said at senate estimates in March.