Telstra tries to stop customers 'falling through the cracks'

Telstra believes a new frontline consumer and small business support system will help resolve issues faster and prevent customers from “falling through the cracks like they may have previously”.

The telco is deploying a single agent console in consumer and small business (C&SB) that brings together data from a range of systems that agents previously had to poll while on support calls or chats.

“We have a large number of frontline teams across the globe trying to serve customers in a many and a growing number of channels,” Telstra C&SB agent console product owner Garry Barnes told the recent Salesforce World Tour event.

“While they're servicing those customers, they're trying to navigate multiple disparate systems and tools, doing their best to provide the best outcome for our customers at the same time.

“All that distracts them from being able to listen and really interact with their customers.

“We obviously want to move away for that. We want to make it simple and intuitive and really allow them to focus on their relationship in interacting with a customer, rather than the tools.” 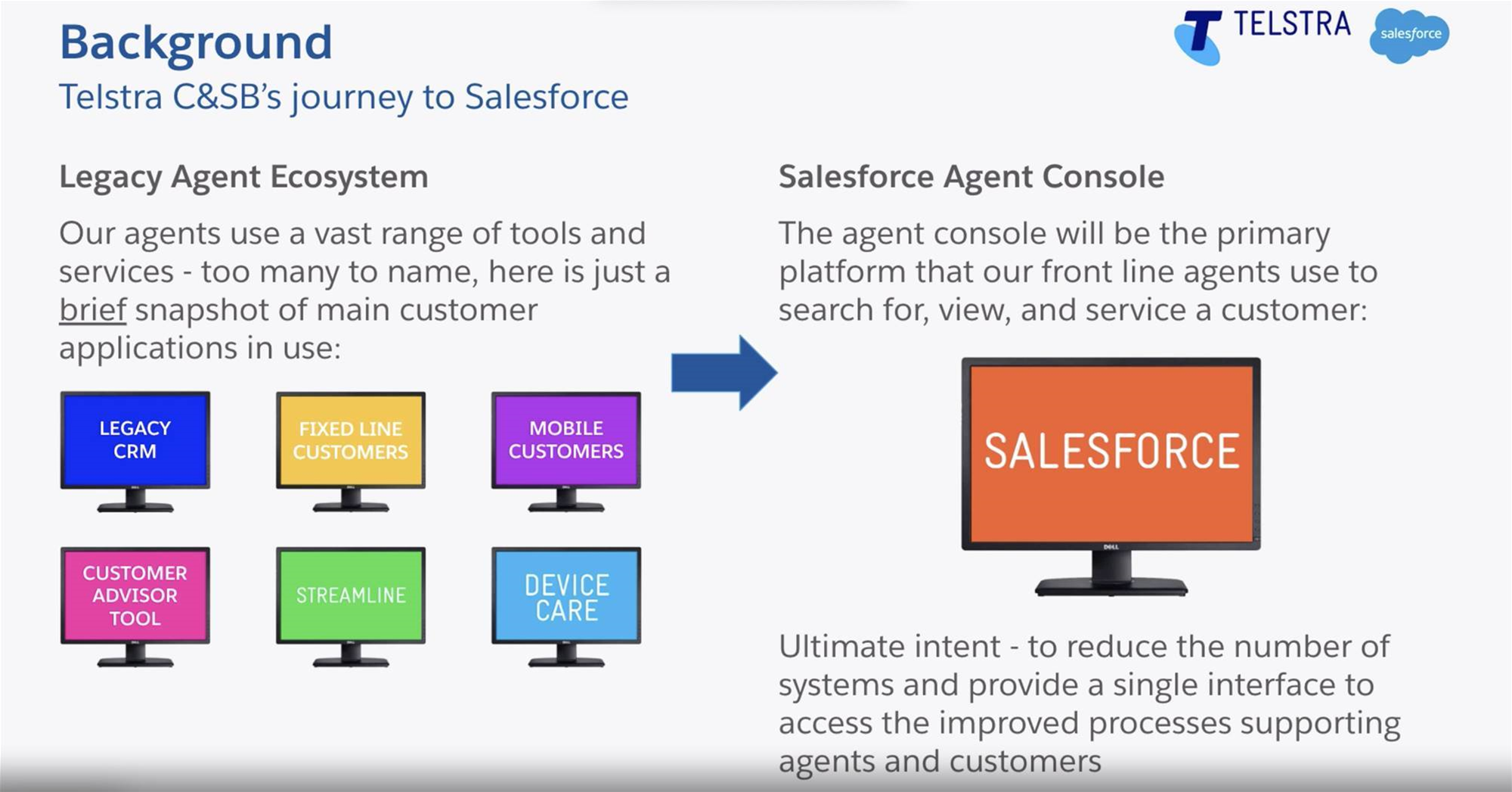 Agent console runs on a Salesforce stack and is designed to act as a “single source of truth” that brings customer information and relevant product knowledge together in a single screen view.

“We’re really making sure that we provide a single holistic view of all the products and services that customers have with us,” Barnes said.

Within the agent console, Telstra has defined different types of “cases” and mapped out an end-to-end process that agents can follow through to resolution.

The same process can also throw up red flags if certain milestones - such as a promise to take a particular action - is missed. 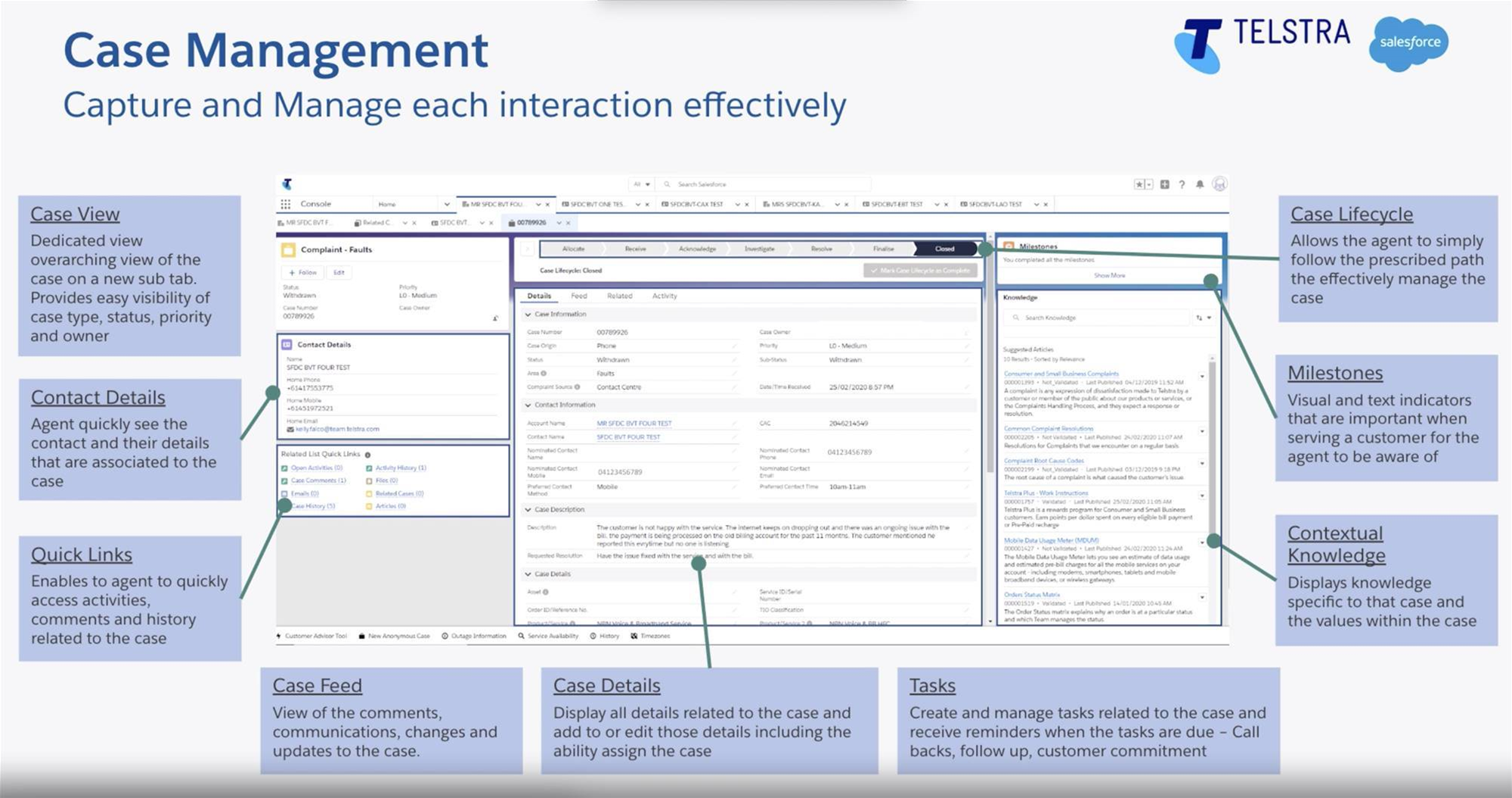 “Case is really one of those critical capabilities within the console that enables our agents to easily and effectively - for the first time - manage that end-to-end episode for the customer,” Barnes said.

“Each case has a clear lifecycle, and a guided path, from acknowledging it through to resolution, which is really great, and we've got feedback from the agents around providing that clear visibility to path to resolution.

“Within the case, depending on the case type you can also have guided actions as well, which can guide you through the subtasks within those cases to get to a resolution as well, so that - as an agent - you don't have to try and remember everything.”

Barnes said that if agents made a commitment to customers, such as for a callback or to send something to them, this could also be tracked.

The agent dashboard displays the action’s status: when it is due, and if it becomes overdue, what was missed.

“We’re able to provide that all rolled up into reporting so that operationally we can manage this really effectively and never leave one of those customers behind,” Barnes said.

“They don't fall through the cracks like they may have previously.”

Telstra said at the same event it has also overhauled and centralised the creation of knowledge management articles across the organisation.

These articles are also being surfaced through the agent console, based on the kinds of conversations being had with each customer.