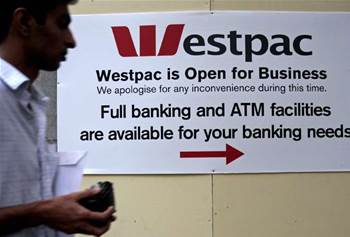 Regulators may be persistently grinding away at Westpac’s reputation, but for its chief information officer, Craig Bright, the mission at hand is remaining doggedly focused on delivering the best outcomes for customers on the platforms they want, how they want them.

Less than a month after Westpac finally shipped its own Apple Pay release, no small feat considering the bank’s Hogan legacy overhead, Bright has revealed Westpac is planning to shift to its own iOS native app to customers by later this year.

“We're on track to deliver our new mobile app, which will be a native iOS app, come September,” Bright told iTnews.

“The fundamental difference is the shift to a native iOS app. We've traditionally run combination of, sort of, web app through to both internet and mobile.

App wars are nothing new between banks, but what is notable about Bright’s approach is the tenacity to turn challenge into opportunity, or what might be otherwise be coined the 'Bradbury effect', or last mover advantage.

Boiled down to simple terms it means that a sufficiently skilled tech leader can enter the race a bit late, bank the big wins and eschew the failures.

Bright can’t and won’t talk about Westpac’s issues with AUSTRAC that have the bank before the courts. What is clear however, suppliers say, is that Bright appears laser focused on avoiding any possible repeat scenario of the incident.

Not that customers notice such efforts, even if shareholders do. Customers, Bright maintains, want something they can hold, feel and touch.

With the CBA beating it’s chest about it’s app being able to put customers on the automation drip to government funds, there is some initial appeal, though maybe not if you are looking for a mortgage and trying to demonstrate independence from government welfare.

Though that could soon change, given the pressure on banks to allow people to stay in their homes.

“Generally, the focus is really on usability and simplicity of the mobile experience,” Bright tells iTnews, adding that an Android revamp is just around the corner after the Apple launch.

“We will move to android after that, yes,” Bright says.

That timing says a bit around Westpac’s install base and why it caved on Apple.

And who banks now see their main competitive threat as.

It’s also starting to make sense as to why Westpac shipped eftpos Apple Pay connectivity out of the box, following ANZ’s connection.