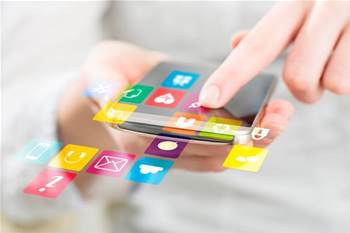 But won’t work for multi-person households.

The Government has estimated an individual’s basic data needs in Australia to fall between 2GB and 20GB, which it says is enough for them “to participate in the digital economy”.

The figures come from a quietly released report prepared by the Bureau of Communications and Arts Research (BCAR), and builds on broadband affordability research first published back in July 2017.

Unlike the earlier research, which focused largely on price, the new BCAR research models the amount of data the Government believes different types of low-income users might burn through in a month.

“The basic data need for an individual is estimated to be between 2 and 4.5GB of data per month,” BCAR said.

“This represents the basic data usage for individuals to participate in the digital economy”.

Students had different needs, though the Government believed they could be offset by free services obtained on campus or from libraries.

It estimated low-income tertiary students could get by with “3.5-7.5GB a month if they undertake online study, or 10-20 GB per month if they also stream lectures”.

The modelling excluded the use of Netflix and other streaming services.

“Data requirements can multiply quickly in households with a number of high data users,” it said.

“Households with school age children are likely to require data for essential activities such as homework.

“The BCAR estimates that if a primary school student spends around 15 minutes per weekday on online homework activities of which half is streamed this could require almost 1 GB of data per month.

“If a secondary school student spends around 45 minutes per weekday doing online homework activities - of which half are streamed - these activities could require almost 3 GB per month.

“In addition to this, parents will have their own data requirements such as accessing online services, using social media and downloading software updates.

“If one or both of the parents are students, job seekers or did some work from home, the data needs could compound even more.”

BCAR’s research found that low-income households still spend much more proportionally on telecommunications than others.

“While prices have fallen and average mobile data allowances for mobile phone plans have increased, these changes have not necessarily led to services being more affordable for low income individuals,” BCAR said.

“Similarly, while prices for NBN fixed-line services have fallen, these changes have not necessarily led to these services being used by lower income households.”

BCAR suggested an evolution of NBN options would be required to make it “a more attractive option for lower income households”.

That evolution is in a sense under trial at present, as NBN Co and retailers temporarily offer free or discounted services to low-income households with school aged children.

However, that offer is set to expire around September, at which point such customers will have a choice of either moving to a basic NBN plan or losing their service.

It’s unclear what proportion of these users will be able to afford to stay connected once the temporary offer lapses.

NBN Co examined the issue of broadband affordability again last year but did not arrive at a permanent solution.

BCAR recommended that the Government continue to monitor affordability.