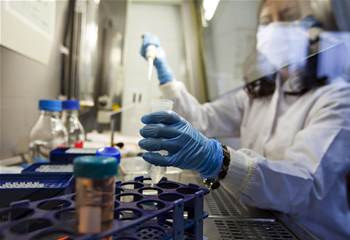 But not before chewing through half its budget.

The department quietly revealed the decision - first reported by The Courier Mail - in an update about the state’s number of COVID-19 cases earlier this month.

It is one of three projects where the department has “changed the scope … to free up resources” to focus on the coronavirus pandemic, though is the only project to be terminated entirely.

The department said discontinuing the ten-year project would “ensure pathology services are not disrupted during the outbreak”.

But speaking to the media on Friday, health minister Steven Miles said the project had already been under review before the pandemic began.

He said that the support period for Queensland's existing AUSLAB pathology system, which had been due to reach end-of-life in 2020, had been extended to 2029.

“That platform is stable. It’s well supported by users and so for that reason, the governance board was already considering, already reviewing that project,” Miles said.

“Then of course, COVID-19 came along, which made the decision relatively easy.

“The middle of a pandemic was never going to be the time to change our laboratory system, and so that’s the reason that project has been suspended.”

Sunquest Information Systems picked up the contract to replace AUSLAB in February 2018, two years after the government went looking for a new laboratory information system.

But according to the state’s IT dashboard, the department reported the project as either requiring action (red) or closely monitored (amber) for at least the past year.

The most recent update, provided in December, indicates that “quality issues with the solution” had introduced delays.

“Work is progressing with the business and supplier to minimise the impact of this on the budget,” the dashboard states.

The department has spent more than half its budget on the project ($37.5 million as at January) to date, and is currently in the process of settling the contract with Sunquest Information Systems.

But a Queensland Health spokesperson told iTnews that the department will “retain much of the work developed so far, and a portion of the overall budget will be saved and available to reinvest”.

The spokesperson said the decision to discontinue the project would allow Pathology Queensland and Forensic and Scientific Service teams to focus on responding to COVID-19.

“The outbreak has shown us that pathology testing could remain a top priority for up to two years,” the spokesperson said.

“Our people need to be focussed on testing and ensuring our existing systems are as robust as possible.

“Good governance requires continual reappraisal of our projects and a focus on key activity.”