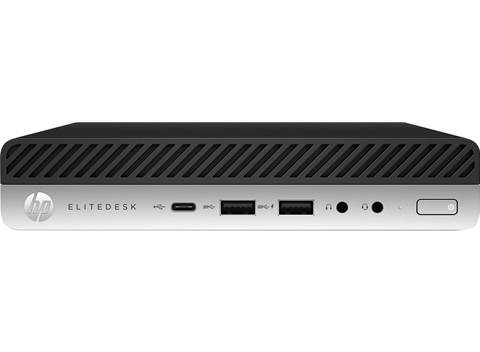 For refresh of end-of-life hardware.

The Department of Defence is set to roll out thousands of new HP desktop computers and Acer monitors over the next 12 months to replace end-of-life desktop hardware.

The department approved two contracts with HP PPS and Acer, valued at $13.74 million and $0.56 million, earlier this month for the desktop environment refresh.

A spokesperson told iTnews HP800 desktops had been procured to replace Dell 7040 desktops, though declined to say how many had been purchased due to commercial sensitivities.

The spokesperson did not indicate what type of Acer monitors had been procured.

HP800 desktops currently retail for between $1260 and $1560 depending on the form factor and internal specifications.

This suggests that at least 8800 desktops have been purchased, though the actual number could be as high as 11,000, especially when enterprise volume discounts are taken into account.

However, even at 11,000 devices, the procurement represents only a fraction of Defence’s more than 100,000 - mostly Dell and HP - desktop PCs and workstations.

The spokesperson said the “routine replacement of desktop hardware as it reaches end-of-life” was unrelated to remote working arrangements sparked by COVID-19, and would be used enterprise-wide.

Defence has enacted business continuity plans to minimise the impact of the pandemic, though the spokesperson declined to say how many employees were working from home.

“Defence is enacting business continuity plans to help minimise the impact of the COVID-19 pandemic in order to keep staff safe and ensure that the department continues to deliver essential capabilities,” the spokesperson said.

“Defence continues to follow the advice issued by the Department of Health and has implemented necessary preventative measures.”

Defence, like other agencies, has been urged to work from home wherever practical by the Australian Public Service Commissioner, though the decision still falls to agency heads.

The desktop refresh comes as Defence continues to migrate the last of its Microsoft Windows 7 devices to Windows 10.

Most of Defence’s 105,000 devices shifted from Windows XP to Windows 10 last year.