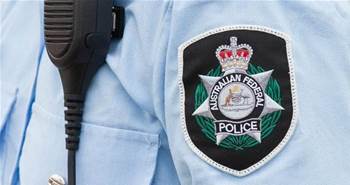 The Australian Federal Police has admitted to briefly trialling the controversial facial recognition tool Clearview AI after initially denying that it had used the software.

A “limited pilot” of the tool by the AFP-led Australian Centre to Counter Child Exploitation (ACCCE) was confirmed by the force in answers to questions on notice released on Tuesday.

It had previously denied using the platform, including after BuzzFeed News revealed it as one of 2200 law enforcement agencies globally that had used the platform.

This was despite leaked records showing that employees had run more than 100 searches using the tool, which is capable of matching images with billions of others scraped from the internet.

The AFP said it used a free trial of the tool between 2 November 2019 and 22 January 2020 to ascertain the suitability of the system for use in child exploitation investigations.

It began after its national and international network of agencies who work collaboratively to counter child exploitation communicated the potential value of Clearview AI to the AFP.

“This trial involved nine invitations sent from Clearview AI to AFP officers to register for a free trial,” the AFP said in response to questions from the review of the data retention regime.

“Of these, seven AFP officers then activated the trial and conducted searches.

The AFP stressed the platform had not been adopted as “an enterprise product” and that it had “not entered into any formal procurement arrangements”.

“It is our understanding, accepting the limited pilot outlined above, that no other areas or individuals have utilised the Clearview AI product or engaged with the company,” it said.

“The Office of the Australian Information Commissioner (OAIC) has issued a notice to produce under s/44 of the Privacy Act in relation to Clearview AI.

"The AFP is fully cooperating with the OAIC and is continuing to review and evaluate our governance and policy setting in this space."

The AFP noted that it had previously denied use of the platform as there “was no visibility” the trial had commenced outside of the ACCCE’s operational command.

Labor have called on the government to explain whether the AFP's use of Clearview had jeopardised child exploitation investigations, particularly in light of a recent data breach.

“The use by AFP officers of private services to conduct official AFP investigations in the absence of any formal agreement or assessment as to the system’s integrity or security is concerning, especially given the recent hacking of Clearview,” it said.