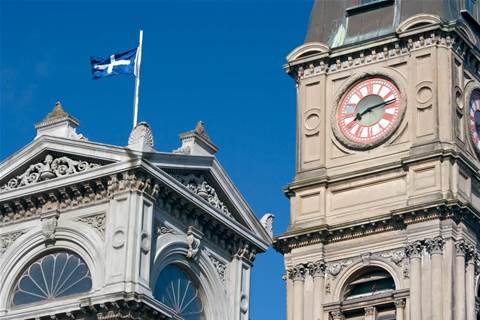 Brings the whole team along for IT overhaul.

The city of Ballarat is projected to grow by a third in the coming decade - a figure that prompted the local council to modernise its IT estate and empower staff to build the apps and processes they need.

To meet the needs of that growing community Ballarat Council decided it needed a digital platform that could grow in step with its needs, while also enhancing the resilience and reliability of its services.

Previously a small IT team had managed the in-house data centre, virtual machines and applications – solutions with inherent scale and skills limitations that could restrict the city’s ability to deliver services for its growing population.

“Moving to a cloud-based platform was really a big driver to remove those risks, reduce costs, and make it a lot easier for us to implement better disaster recovery and high availability,” manager for ICT solution design and development Rhett Nunn said.

Nunn said the council settled on Microsoft’s three clouds solution - Azure, Dynamics 365 and Office 365 - because it could meet council’s immediate needs while also giving it the agility to adapt into the future.

“When we first got Office 365, we saw that Power Apps and Flow (Power Automate) were there, as well as Power BI.

“We thought we'd just try and dabble and see if we could solve some simple problems.”

The team decided to create a digital gift register as a proof of concept for its new capabilities.

Previously the anti-corruption measure was purely paper-based, with staff printing out a form, sending it to a manager for approval and then forwarded to the council’s compliance team for record keeping.

Instead, Nunn and his team used Power Apps to create a lightweight smartphone app that lets users fill out details of gifts received, share that with their manager, have it approved online then routed to compliance with reduced turnaround time and increased transparency in the process.

The proof of concept was an immediate success, sparking interest in a number of departments at Ballarat Council.

“Demand just exploded. Everyone wanted to remove paper and improve their services and processes with automation, apps and reports.

“And that's when we knew we were onto something.

“Our challenge was to work out how we could keep up with the enthusiastic demand. We recognised that the tools were designed for power users – so could we mentor and equip the organisation to implement some of their own innovative ideas?”

Two teams were set up to develop new tools - a collaborators group and a makers group.

Collaborators assist their team and the organisation by simplifying and enhancing collaboration with Office 365 tools, such as Teams, Planner, and SharePoint.

Nunn said that while training and mentoring is provided, the group is encouraged to explore the tools organically and share their success.

Demand to join the group rose – meaning that a team of 12 initially has now expanded to 38 people regularly crafting new applications to manage an array of tasks from collecting data from school inspections through to staff rostering.

So far 335 Power Apps and 592 Flows have been created – and although not all are in production, the update reflects the interest in creating new tools to drive innovation.

And instead of requiring business cases to be developed for every application, end users who identify a challenge can work with the Power User Group to have a go themselves at building a solution, albeit under the guidance of the IT team to ensure solutions adhere to compliance measures.

“We've got access to the data. We can properly control it, and manage it, and mitigate any risks,” Nunn added.

“If we are too restrictive, we risk staff going around us and using other systems that we would have no or limited visibility of, whereas this way, I think we've got the balance right.”